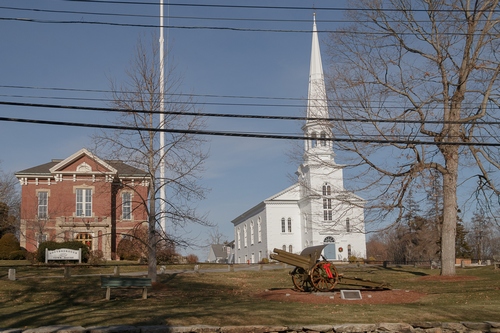 It’s looking like Southborough will succeed in having a section of the Main Street area (and some adjacent roads) adopted as a Historic District.

This isn’t a done deal. Residents will still have opportunities to raise any concerns and it will ultimately need approval at a federal level. The process is likely to take about two years.

But according to the Historical Commission, the state commissioner was impressed with the community support for the intitiative. They have permission to move to the next stage.

Here is an update from the Historical Commission after last week’s critical meeting:

Philip Bergen from Massachusetts Historical Commission (MHC) gave a one-hour presentation on the benefits of a national register district, which was very convincing.

Kate Matison gave a shorter presentation on the history of the Main Street area properties, highlighting who built and occupied them.

Mr. Bergen was impressed with the level of support at the meeting, and gave the Southborough Historical Commission permission to move forward.

The Southborough Historical Commission will hire a preservation consultant to prepare a nomination for listing the Main Street area district in the National Register of Historic Places. At a second meeting, to be announced, the preservation consultant will present the nomination and Massachusetts Historical Commission will also give another presentation.

At a later date, owners will have an opportunity to send MHC notarized letters of objection. MHC will work with owners to allay any concerns.

Philip Bergen expects the process to take about two years as the National Park Service needs to approve of the nomination.

If you haven’t been following this, the National Registry doesn’t impose restrictions like local Historic Districts do. You can read more about that difference, here.