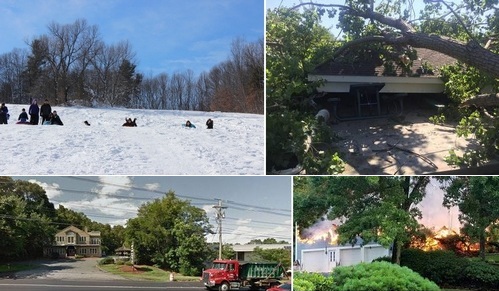 As we face the New Year, it’s time to look back on the old.

Here are the ten stories that generated the most interest and discussion on the blog in 2016.

(These are the stories that were most sought out, commented on, and/or shared through Facebook.)

After you read the list, post your thoughts on what you considered the year’s biggest stories in town.

What stories were you surprised to see not listed? Is there an unlisted story you think readers should care about more?

Counting down the biggest blog stories of 2016:

6. Some selectmen considered (then dropped) vetting appointees based on political views

4. Algonquin to name part of school grounds after fallen alumnus

3. Medical Marijuana Dispensary being sited within 1,000 feet of Southborough School

Honorable mention to the sidewalk assessment list. Let’s get those babies built!

Regarding #8, people heaped blame because the school committee did nothing to an administration that was (and still is) in play during the worst situation that could happen in our district. How, as elected officials cannot hold anyone accountable is obsurd. When I vote for school committe again, whomever is in, is out! People in these 2 towns should outraged. Any private company would have fired everyone who should have known. Just what goes on in Johnson’s office? Shameful, absolutely shameful. Johnson will go down in history as the worst Superintendent ever!

No exaggeration there at all? If “the worst situation that could happen in our school district” is having to file an insurance claim, then I think it’s fair to say we’re pretty lucky.

Was this bad – Yes. Should the superintendent lose her job over it – perhaps. Was it the worst thing that could happen, no, I believe the folks in Columbine could help us gain some perspective.

In the new year we should count our blessings as well as be alert to the problems we face.

I think you’re engaging in a bit of hyperbole by saying that some money stolen and then replaced by insurance is “the worst situation that could happen in our district.” We could easily think of any number of terrible school related things that could happen much worse than this. One that appears to have no broader effect on the schools, the kids, or their education certainly isn’t the worst.

I fully support the right of people to complain and speak up of course, but I do think we should try to keep things in proportion, even when we’re all on the internet. :)

No accountability, no internal investigation by the education committee (that we know of), all embezzled money covered by insurance……………….no problem…….all is well. Only thing missing is someone getting an award from the teacher’s union for finding the problem so quickly (12 plus months).

Yep – don’t even know how this made the top ten stories of 2016. We absolutely get what we deserve.

I had a chuckle at Franks satire, “is someone getting an award”, too funny, so there has to be an ounce of truth!