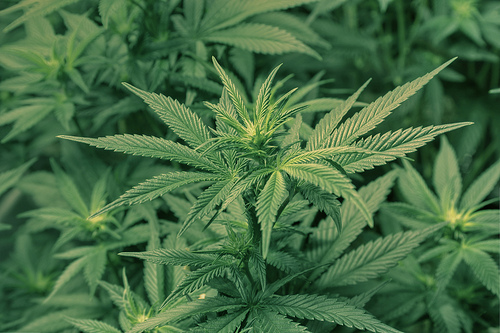 Above: Town Meeting will vote on whether or not to ban or restrict operation of recreational marijuana businesses in Southborough. (Image posted to flickr by mark)

This spring, Annual Town Meeting voters will be asked to vote on articles to either ban or regulate Recreational Marijuana. This shouldn’t impact the rights of individuals to grow plants for personal use.* The focus is on banning the commercial uses. Businesses were identified in the articles as:

Earlier this month, the Planning Board publicly discussed courses of action.** Members and the public were updated by Town Counsel on the Town’s legal options. The board decided to support an outright ban, with zoning restrictions as a backup measure.

Attorney Aldo Cipriano explained three articles the Town could pursue. Two are an effort outright ban the commercial uses. Those are the articles the Planning Board supports.

The third article would restrict zoning to the same zone allowed for Medical Marijuana Dispensaries. The Town plans to bring that Town Meeting as a backup in case the overall bans fail to pass.

If ATM voters support a ban, it would be the first step in approving it. Next, a Citizen’s Petition would have to be submitted to put the question to voters again – this time through a ballot question. That would be voted on in the November 2018 election.

The public outcry against marijuana in Southborough has been much louder than any public support. In the November election, the difference was just 53% to 46%. The number of voters attending Town Meeting will be far smaller than the over 80% turnout for the Presidential election. That is likely in favor of mobilized opponents to marijuana.

If it comes to it, where the voters who turnout for a November 2018 election would stand is more of a mystery. The turnout was 60% for 2014 midterms and 67% in 2010. And in 2008, 63% of voters chose to decriminalize marijuana (relax penalties for possession of small amounts).

Public hearings for the proposed articles are scheduled for Monday, February 27 at 7:00 pm. To read the draft articles, click links below:

Once again, these articles are headed to Annual Town Meeting (not the Special in March).

*An individual’s right to grow a certain number of plants in his/her residence for personal use is a matter for the state legislature.

**I didn’t attend the February 6th discussion. This post is based on the draft minutes and the board’s discussion of them at their February 13th meeting.

So juvenile to compare one wrong with justifying another wrong. All three destroy the cell makeup and anatomy of the human body. Non should be taken, smoked or used except in medical situations. It is the same stupid argument they used in the Hague and now they have heroin addicts more than ever after 20 years. Ban Rec use for sure, it should not be legal.

Before resorting to name calling (e..g. “juvenile”), one should probably read a little closer and do their research.

1. I did not “compare one wrong with justifying another wrong” (not quite sure what that means anyway). I simply said I do not understand the argument of singling out marijuana, which in nearly all medical studies has been shown to have a lesser negative health impact long term than both alcohol and cigarettes (and you could even add trans fats to that list!). It is a hypocritical and illogical argument to suggest that the now LEGAL sale of marijuana should be banned for medical or child protection reasons when the legal sale of more dangerous substances is protected. (For the record, I strongly support the legal sale of all three as individual choices.)

3. You say “Ban rec use”, but that’s not what is being debated (state law now provides that recreational use is legal). The town is seeking to ban commercial establishments engaged in the SALE of marijuana for recreational use.

The majority of residents in Southborough voted against the ballot question. The science and the data are also very clear. Marijuana does cause harmful long-term side effects when use is initiated under the age of 25. Teen use in Colorado has increased since legalization. Motor Vehicle accidents related to marijuana use have gone up in Washington State and in Colorado. Police officers have no way of detecting marijuana on a person driving under its influence. Edible products and candy deliberately target youth.
If we do not stand and support our town banning sales of marijuana, then we will send the wrong message to our impressionable youth.

You can site all the government propaganda you wish, reality is what we see, not what someone prints as reality. Truth is truth, not an opinion. Look at the devastation of human life from your desires to spread the use of chemicals that destroy and change the physical and cell make up of the human mind, body and soul. Nice try though. And Pardon me, when I say “juvenile argument”, it is in the context of a discussion and explanation addressing the propaganda my once 7, 9 and 12 year old’s were being sold a line of bull on the internet and in our disgraceful classrooms of the world.

That’s fine. Ignoring science and facts to create an alternative “truth” that better fits one’s pre-formed opinions seems to be in vogue right now by a very vocal minority, as does calling any authoritative source that doesn’t fit your agenda “fake” or “propaganda”. It’s absolutely everyone’s right to remain closed off to other opinions or new ideas, and I support everyone’s right to be closed-minded and anti-fact. It just disappoints me we have come to this.

(By the way, for future reference the word is “cite”. )

Interesting argument..
Most recent statistical/scientific data showed Clinton would won the election, but she lost. Majority science data also showed that tobacco was not harmful to human until the tobacco companies lost the lawsuits. And very frequently medical journals tell us we should not eat blah blah and then they reverse their opinion saying that we should eat blah blah. Science is a process of proving “not wrong”, but in general not a process of proving “is true”, and it is a process of correcting its own errors as well since most studies are based on certain levels of assumptions.

With so much uncertainties of legalizing marijuana, as parents/grandparents/uncles/aunts, we have responsibilities to shield such potentially harmful stuff from our kids. They are not old enough to process most scientific data and to resist the temptations to try some “fancy” stuff that are readily available to feel cool.

This seems like a pretty solid and nuanced view of the dangers of marijuana: http://www.apa.org/monitor/2015/11/marijuana-brain.aspx

It’s not hysterical or pollyannish, but there are many interesting research results, not all in the same direction.

https://www.theguardian.com/science/2012/aug/27/cannabis-damaging-under-18s-study is pretty good for popular press. http://time.com/61940/recreational-pot-use-harmful-to-young-peoples-brains/ backs up Safdar’s claim about the early 20s (although the APA page quotes a different researcher as noting the Harvard-Northwestern study didn’t control for alcohol use).

My only firm conclusion: We should keep pot away from teenagers.

The data’s pretty equivocal on consumption rates for marijuana after legalization. This isn’t really surprising. Use of an illegal drug can be hard to measure, and there’s inherently a lot of noise in the signal.

The Denver Post reports that Colorado did not see an increase among teens (http://www.denverpost.com/2016/12/28/colorado-teens-marijuana-use-legalization-study/), as does Scientific American (https://www.scientificamerican.com/article/colorado-s-teen-marijuana-usage-dips-after-legalization/), but there’s acknowledgement that Washington state did.

The Washington Post reports a Federal survey that says teen use dropped “sharply” – https://www.washingtonpost.com/news/wonk/wp/2016/12/21/one-of-the-greatest-fears-about-legalizing-marijuana-has-so-far-failed-to-happen/. But some graphs suggest there was already a downward trend, so causation is in doubt.