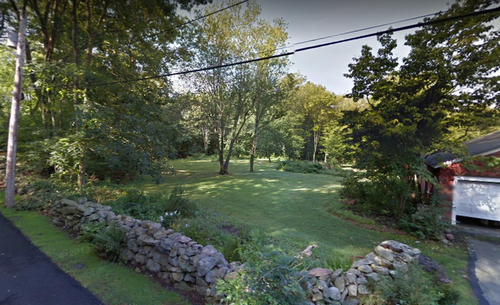 Above: One of the two Chapter 61 parcels on Deerfoot Road set to be sold. Selectmen will discuss rights and timeline to consider matching the $1.9 million price. (image from Google maps)

Owners of 135 Deerfoot Road have issued a notice of intent to sell their 27.8+ acre parcels at the south end of Deerfoot Road. The properties have been under Chapter 61A protection status, which gives the Town has the right to match the offer within 120 days. That offer is listed as $1.9 million.

The owners have entered a purchase and sale agreement with Brendan Properties. Papers give notice that land will be taken out of forest status and converted to residential property.

On Tuesday, the Board of Selectmen will discuss the status of the parcel including the timeframe to act on a match.

Town Administrator Mark Purple raised the issue at the September 5th meeting of selectmen. The Open Space Preservation Commission had asked the Town to determine if the agreement is considered “a bonafide offer”. OSPC apparently questioned if a condition in the agreement could mean the clock hadn’t started yet.

The Town has 30 days from August 28th to challenge if they believe the offer isn’t bonafide. Purple said he was seeking advice from Town Counsel. He followed that they could decide on a challenge at their next meeting.

The item is on the agenda for discussion at the September 19th Board of Selectmen. Town Counsel Aldo Cipriano will be in attendance for the prior agenda item. That means he will likely answer questions in the session. (Though, you can assume he will avoid publicly giving answers he believes would undermine selectmen’s ability to negotiate if they choose to pursue.)

Although the land is identified as 135 Deerfoot Road, the parcels are separated by Deerfoot Road and one is pinned on Google Maps as 126 Deerfoot.

You can see the GIS map identifications in the thumbnails below, as well as another Google image:

For more details on the property, see the notice of intent included in the agenda packet for Tuesday’s meeting. Click here for the meeting agenda.