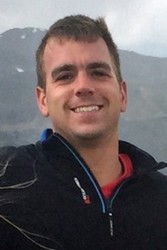 Ian William Kemper, 24, of Boston [and formerly Southborough] passed away October 8, 2017 in his home.

A graduate of Algonquin Regional High School, Ian was born and raised in Southborough where he was a gifted athlete, and close friend and mentor to many of his peers. Ian was a loyal friend and teammate, a leader of the Algonquin Lacrosse Team where he played a pivotal role in the state championship his senior year. His love of the outdoors, mountains, and snowboarding took him to The University of Denver where he graduated with a BS in Economics and a minor in Business Management in 2016. Returning to the Boston area, he rediscovered and got to enjoy his love of the ocean while always remaining a hopelessly devoted fan of the Patriots, Celtics, and Red Sox.

The family cannot adequately express their appreciation and gratitude for the extraordinary love shown to them by their community at the celebration of Ian’s life at the Southborough Community House.

Hold your loved ones close.