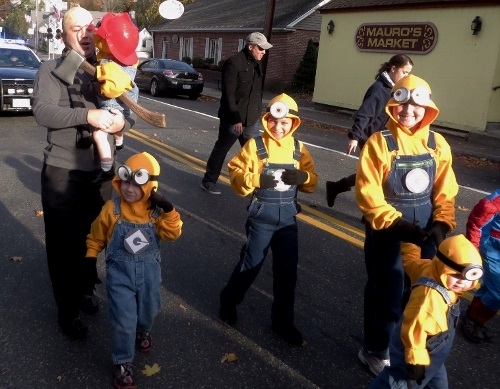 If you don’t have bought your family’s Halloween costumes yet, you may want to make some instead.

As usual, the line-up is in front of Mauro’s Market with the parade starting at 4:00 pm. (Marchers usually begin convening around 3:30 pm.)

Kids can collect treats inside the Fire Station at the end while they pass in front of a panel of judges.

While traditional costumes are always on display, its the creative participants who usually garner the biggest prizes.

Trophies have traditionally been given out for the most creative costume, scariest, and cutest costume. And of course there’s the coveted Captain’s prize.

For past photos of the event and winners, click here.