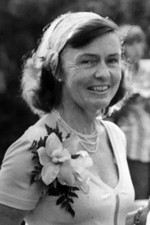 Jean was the daughter of Herbert L. Davis and Mabel F. (Geehan) Davis, and grew up in Walpole, MA. As a young child, she was home schooled and studied piano with her mother. She graduated from Walpole High School in 1943, and Radcliffe College, where she majored in Psychology, in 1947. Jean met her husband, the late Robert (“Bob”) Otis Bigelow, while she was at Radcliffe on a blind date jointly hosted by a sorority at Radcliffe and a fraternity at MIT.

Jean and Bob were married on May 8, 1948 and lived for many years in Hingham, MA. During this time, Jean was involved in several community organizations, including a local music conservatory and an amateur community theatre. Jean continued her passion for piano both through teaching and performances. In 1968, Jean and her family moved to Southborough, MA, where she became actively involved in town-affairs initially as secretary and then as President of Planning Board.

In the early 1970’s, Jean and her friends Patricia Capone and Inga Tufts founded the Southborough’s first newspaper, the Southborough Villager, with Jean serving as the Founding Editor. The Villager was an instant success and quickly became an integral part of the local community. The Villager was subsequently sold, and is still published as the Northborough-Southborough Villager (also available online through Wicked Local news).

Jean and Bob’s 66-year marriage is perhaps best remembered by their summers, and eventual retirement, in Woods Hole, MA. Jean took up sailing and racing and was active in the Woods Hole Yacht Club, serving as its Treasurer for several years. Jean, variously remembered as “Mrs. B” or “Jeannie”, had many close friends over the years. She maintained a welcoming household where friends regularly dropped by for a visit, dinner and lively conversation. In later years, Jean was active in the League of Women’s Voters and the Woods Hole Historical Museum.

Jean is predeceased by her husband Robert Otis Bigelow and her daughter Margaret (“Peggy”) Bigelow. She is survived by her son John Payne Bigelow and his wife Helen Vanek-Bigelow, of Langhorne PA, and her daughter Carol Bigelow and her husband Lawrence Mark Schwartz, of Pelham MA. Jean is also survived by four grandchildren – Nathaniel Bigelow Jacks of Brooklyn NY, Benjamin Bigelow Jacks of Brooklyn NY, Dara Vanek of Lititz PA, and William Bigelow Schwartz of Hadley, MA.

Funeral services were held at the Episcopal Church of the Messiah, 22 Church Street, Woods Hole, MA on Friday December 1, 2017. In lieu of flowers, gifts can be made in Jean’s memory to My Life My Choice, 989 Commonwealth Ave., Boston, MA 02215 or on line at www.fightingexploitation.org.