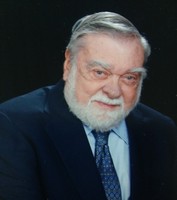 Richard A. Draper, 79, of Southborough, passed away peacefully on Monday, February 5, 2018 at Leonard Morse Hospital after an illness. Dick was the beloved husband of Patricia (McGue) Draper for the past 34 years. He was the son of the late Kenneth and Mildred (Thorne) Draper.

Dick grew up in Lexington where he achieved the rank of Eagle Scout and was Master Councilor of the Battle Green Chapter of the Order of DeMolay. He was a 1956 graduate of Lexington High School and President of the Marching Band. Dick was a 1960 graduate of UMass Amherst where he was Drum Major and a member of the Alpha Gamma Rho fraternity. After graduation, he joined the family printing business, Draper Printing, where he was Vice President and Treasurer. Dick was very active in his trade serving as Chairman of the Printing Industries of New England and a member of the Board of Directors of Printing Industries of America. Dick was a member of Dalhousie Masonic Lodge of Newtonville, where he served as secretary for 5 years. He was an active member of Pilgrim Church for almost 50 years where he sang in the choir. He also served on the board of the United Parishes of Southborough since its inception, serving as treasurer for 6 years. Dick was also a founding member of the Southborough Youth Gymnastic Association. He will be greatly missed by his family and community.

In addition to his wife, he is survived by his children, Beth Draper and her husband Robert Germeroth of Nelson, NH; Eric Draper and his wife Michelle of Hudson, OH; Daniel Draper and his wife Colleen of Switzerland; his sister, Irene Morrison of Centerville; sister-in-law Carolyn Draper of Billerica; 8 grandchildren, Rachael Liggett-Draper; Samuel, Seth, Gabriel and Charles Draper; Madeleine, Corinne and Sophia Draper; and many nieces, nephews, and cousins. He is pre-deceased by his brother Kenneth J. Draper, Jr. and his former wife Paula Draper.

Visiting hours will be on Friday, February 9, from 4 to 7 PM at Morris Funeral Home, 40 Main Street, Rte 30, Southborough.

A funeral service will be on Saturday, February 10, at 10 AM at Pilgrim Church, 15 Common Street, Southborough. Burial will follow in the Southborough Rural Cemetery.

In lieu of flowers memorial contributions may be sent in his memory to either the United Parishes of Southborough Food Pantry or the Music Ministry at Pilgrim Church PO Box 281, Southborough, MA 01772

To leave words of condolence to the family, please visit morrisfuneralparlor.com.