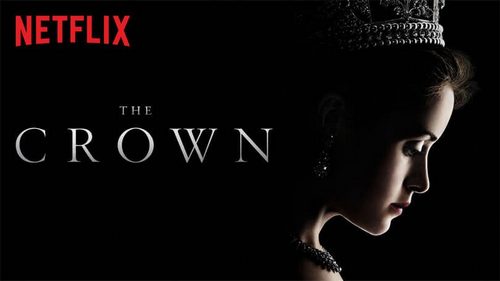 Perhaps you’ve been intrigued by the buzz around the series The Crown, but didn’t want to invest in a monthly Netflix subscription. Or maybe you’d prefer to watch it with friends. If you’re a senior, there’s good news this summer.

The Southborough Senior Center will host viewing of the first season of the series this summer. The ten episodes will be screened over five Wednesdays, from July 18th to August 15th from 10:30 am to approximately 2:00 pm.

Participation comes with a suggested donation of $3. That is presumably for the “English Style Lunch” that will be served between episodes (around 11:30 am – noon.)

Absolutely fantastic historical story documenting the young life of Queen Elizabeth . This first season features very talented actors and actresses bringing Queen Elizabeth’s’ story to life proving to all what a very strong, competent woman she became and continues to be! I couldn’t wait to watch the next episode as each one ended

The Center’s newsletter summarized the plot:

The British Empire is in decline, the political world is in disarray, and a young woman takes the throne…a new era is dawning. Queen Elizabeth II is a 25 year old, newlywed faced with the daunting prospect of leading the world’s most famous monarchy while forging a relationship with legendary Prime Minister Sir Winston Churchill. There are 10 episodes in this first season which starts with the Queen’s wedding to Prince Philip in 1947 and ends with the dissolution of Princess Margaret’s affair with Group Captain Peter Townsend in 1955. In between, Elizabeth becomes Queen after the death of her father King George VI and faces an internal struggle between Elizabeth Windsor, wife and mother and Elizabeth Regina, Queen of England. The series also traces Prince Philip’s personal conflict as he struggles with his new subordinate role as consort. Flashback’s recount the Edward VIII abdication crisis and explores King George’s relationship with his daughters, Elizabeth and Margaret.

Does it make any sense to watch the Crown if I have to miss two days out of the 5. There’s two days that I would not be able to attend.