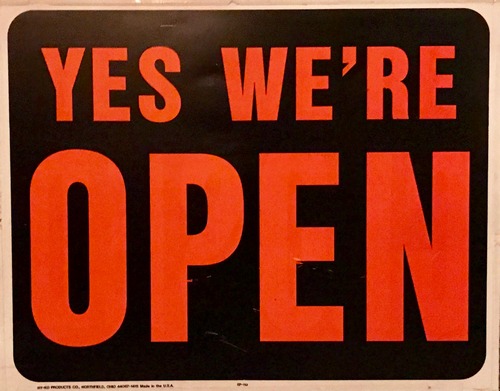 In case you missed it, an order from the Governor dictates that no restaurants will have eat-in service starting tomorrow (Tuesday, March 17th.) They are still allowed to offer takeout and delivery food service. So, I checked in with the restaurants in our Town to see if any are closing.

Here’s the status as of tonight.

Most restaurants in our town rely mainly on takeout/delivery and don’t have a liquor licenses. So, it’s not that surprising that most will remain open. Only two traditional sit-down restaurants are temporarily closing and one coffee shop: New Rose Garden Restaurant, Tomasso Trattoria & Enoteca, and Starbucks. Tomasso’s outgoing message shares that they expect to reopen on March 30th. The others are until further notice.

Today, Red Barn Coffees in town were closed, but they will reopen tomorrow morning.

Below is the list of Southborough restaurants that plan to remain open for now. Most of the following eateries offer their own delivery service. Those that don’t can be ordered through third party delivery services DoorDash and/or GrubHub.

Updated (3/18/20 1:38 pm): A commenter question pointed out that I missed Cold Stone Creamery. They are open, so I added them to the list.

I did miss them. I guess they didn’t come up under restaurants. I’ll look into it.

I work at vin bin and coldstone is closed fyi

Thank you for the update. Their voicemail was full with no outgoing message. Nothing on the website or social media indicates they are closed. But I planned to call after the regular opening time at noon.

I stopped by after noon today and Cold Stone was open. Plus, they had signs for 3rd party delivery services.