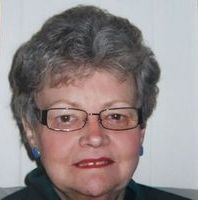 She was the daughter of the late Adelbert and Irene (Mosso) Lindsay and was also predeceased by her brother Richard Lindsay.

Born in 1940, Carol grew up in Marlborough and upon graduating from Saint Anne’s Academy in 1958, she attended and graduated from Framingham Union Hospital’s Nursing School in 1961. She wed Edward Fallon from Wellesley in February of 1963 and began a family. They moved to western Massachusetts for a few years, but returned to the Metrowest area in the early 70s.

After her divorce, she returned to the nursing field that she loved. Over her career, she held a variety of positions including clinical nurse, nursing home supervisor, and finally as a long term care auditor.

For many years, Carol and her children lived in Southborough and later, when the children were grown, she moved to Shrewsbury. She enjoyed decorative painting, listening to music, travels with friends to Maine, and cheering for the New England Patriots.

She was a much loved mother, sister, aunt, daughter, and friend who will be missed by many. Carol is survived by her son, Michael Fallon and his wife Joyce Greenleaf of Southborough, her daughters, Lisa Lavoie and her husband Richard of Newbury and Michelle Fallon of Framingham, her brother, Norman Lindsay and his wife Carol of Northborough and her sister in law, Janice Lindsay of Damariscotta, ME. She is also survived by many nieces, nephews, and cousins.

Services for Carol will be held at a later date. Arrangements are under the direction of the Slattery Funeral Home, Inc., 40 Pleasant St., Marlborough, MA