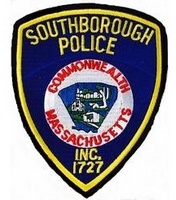 Last week, the Southborough Police Department alerted residents that about 20 cars had been broken into in Southborough overnight. Yesterday, Wicked Local reported that it was 25 cars and the regional police task force believes responsible criminals were part of a gang based in Connecticut.

Supporting that notion, the one car that had remained missing the next day turned up in New Britain, CT.

According to the article, the SPD is asking for anyone with security videos in the theft areas to reach out to Detective Keith Nichols at knichols@southboroughma.com or Lt. Ryan Newell at @rnewell@southboroughma.com”>@rnewell@southboroughma.com, or by calling 508-485-2121. The break-ins and thefts took place in the early morning hours of Wednesday September 9th. The areas hit were announced as Strawberry Hill Road, Red Gate Lane, Parkerville Road (south), Skylar Drive, Ledge Hill Road, Gilmore Road, Highland Road, Banfill Lane, and Southville Road.

Here is more from the article. It reinforces the importance of not leaving your keys in your car. And we should assume they may come back:

“This is pretty wide-spread all over Connecticut and Rhode Island, and now here in MetroWest,” the Chief said. “This is an organized gang we believe is from Connecticut.”

A task force that is made up of several area police departments, including Hopkinton, Holliston, Franklin and Medway, had already been set up. Last week, Southborough Police attended a task force meeting and discovered this group will often hit the same community a second time.

“They call it ‘Towning,’” said Paulhus. “They pick a town and they sweep through the town like locusts.”

this group has been known to return to the same town and do the same thing. With this in mind, we wanted to make sure that our residents were aware of this possibility, and we ask that you please share this information with your friends, family, and neighbors.

PLEASE keep your vehicles, homes, and valuables locked up and secure. Also, please call if you see anyone or anything suspicious in your neighborhood. Make sure that your alerts are on and active with your security cameras, and (again) do not approach these individuals.

Police warn that criminals may be dangerous. Residents who see something suspicious in progress should call 911.

Of the vehicles broken into in Southborough, only seven of them had valuables taken. . .

A lot of the crimes could have been prevented, Paulhus said. In all the incidents, as also reported in other communities, the vehicles were left unlocked with valuables and keys left in them.

“We’re urging people to keep their cars locked and their valuables not in sight,” Paulhus said.