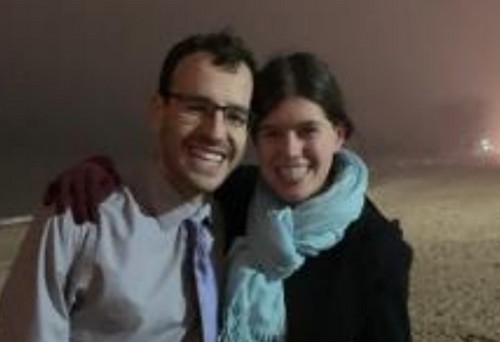 Southborough residents Louis & Karen Kuchnir are sharing the announcement of their daughter’s engagement:

The couple continues to live in Lincoln Park and intends to marry in 2021. Celebrations are anticipated in both the Midwest and New England. Abigail is the daughter of Dr. & Mrs. Louis & Karen (Covert) Kuchnir. Jacob is the son of Dr. Rachel Levin.

Mr. Levin studied economics and works at a downtown trading firm. Miss Kuchnir will matriculate at law school next year and currently works at a downtown law firm. Both are recent graduates of the University of Chicago where they met three years ago.

While in high school, Abigail served as an intern for Massachusetts State Representative Carolyn Dykema. She is a 2015 graduate of the Commonwealth School in Boston.

An August wedding in Chicago is being planned. Meanwhile, Abigail has decided to attend the Northwestern Pritzker School of Law in Chicago. She’ll matriculate in September 2021.