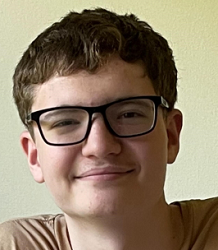 NORTHBOROUGH — Jon P. Niemi, 16, passed unexpectedly but peacefully, Saturday, September 17, 2022. Jon leaves his parents Katherine (Landry) Niemi and Derek J. Niemi, his sister Bella and brother Ben, all of Northborough. In addition he leaves a large and loving family of many aunts, uncles and cousins. He was predeceased by his grandparents Paul J. Landry, Anne Landry, Jon W. Niemi, Barbara Niemi, and Marianne Ganley and his great grandparents, Doris and Conrad Beaudoin.

Jon was a junior at Algonquin Regional High School. As an avid “You Tuber” Jon had his own channel with a growing number of viewers who enjoyed his streaming commentaries about video games. He loved playing video games with friends, building Lego sets and was a big Star Wars fan. He recently began driving after having passed his permit test. When he was younger, he raced quarter midget cars in Thompson, CT until he grew too tall to fit into the cars.

Jon had a kind and gentle demeanor; he was a gentle giant. He was loved greatly and will be missed by all who loved and knew him.

In lieu of flowers, donations to honor Jon may be made to the Marfan Foundation, 22 Manhasset Ave., Port Washington, NY 11050. To leave an online condolence please visit www.HaysFuneralHome.com.