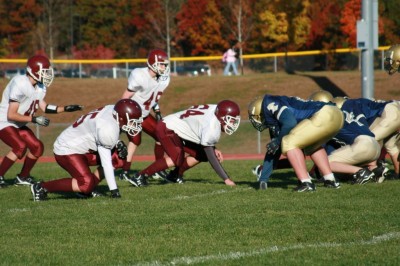 From parking to sports to lunch, it’s going to cost more to send your kids to Algonquin next year.

At the regional school committee meeting on Wednesday night, Superintendent Charles Gobron said fee increases are needed to fill gaps in the budget, but acknowledged the increases weren’t going to win him any popularity contests.

He’s probably right about that. Let’s take a look.

Athletic fees
The cost to play sports next year will double from $100 to $200 per sport. Perhaps more significantly, the current caps of $200 per individual and $400 per family will be eliminated.

So, let’s do some math. Suppose you have two kids at Algonquin. One kid plays one sport, the other plays three. Under the old rules you’d pay $300. Next year that total will jump to $800. That’s an increase of 167%.

Superintendent Gobron noted that provisions will be made for families who cannot afford the athletic fees.

Parking
Juniors and seniors could purchase parking permits this year for $50 per semester. Next year they’ll need to pony up $100 per semester, or $200 for the full year.

But, what do you think? Are the increases justified given the tough budget environment? Or does it put too much of a burden on students and families? Sound off in the comments.