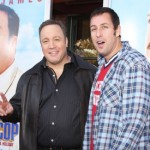 That’s the rumor according to the Boston Herald:

Word is, filming on the project, which reportedly also stars Rob Schneider, Steve Buscemi and Norm MacDonald, begins in mid-May and will end about Labor Day.

I suppose if you’re filming a movie called “Lakeside” there’s no better place than a town that’s 25% water. Except maybe one that actually has a lake.

(Here’s a link to the full article by the Boston Herald, but don’t bother to follow it. The newspaper archives articles on their website after seven days, and this piece is from a few weeks ago, so you’ll only be able to read the first two paragraphs. … Now I know what you’re thinking. What kind of news source am I waiting so long to bring you news of this magnitude? Shame on me.)

3/25 Update: The rumor is true. Read about the details in this post.

For the latest coverage on the Adam Sandler movie, click here.