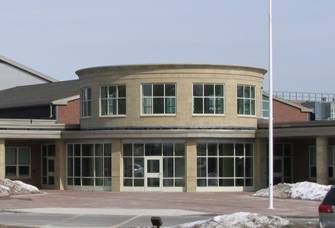 Southborough Town Meeting took the high road last night, and it will cost the town more than $200K next year.

At issue was how to distribute a major portion of the $17M Algonquin budget between the towns of Northborough and Southborough. There were two methods on the table: the regional agreement that has been in place for decades, or a relatively new formula dictated by state statute. Under the regional agreement Southborough would pay $5.2M. Under that state statute we would pay $5.4M.

No easy answer
On the surface this seems like an easy question — why wouldn’t you do what the Advisory Committee and Board of Selectmen recommended and vote for the lower number?

The problem is both towns need to use the same formula. Southborough couldn’t use the regional agreement and Northborough the state statute (the cheaper of the two options for them) because that would result in a shortfall. Basically, one town had to volunteer to pony up an additional $223K or face a political battle.

If Northborough and Southborough approved different numbers at their respective town meetings, the Regional School Committee would be left in a bind. They’d either have to figure out how to absorb the shortfall — not likely in an already lean school budget — or the towns would have to call a regional town meeting. Either way, it would get messy.

So Southborough decided to avoid the mess.

How Town Meeting voted
The regional school budget specified in Article 6 used the $5.4M figure for Southborough. The Advisory Committee put an amendment on the table to reduce that amount to $5.2M, the amount specified by the regional agreement. Town Meeting voted 96 to 57 to defeat the amendment, and then went on to approve the budget as originally proposed.

The higher assessment is estimated to cost Southborough households an average of $66 next year. And it means that in addition to paying for its own students to attend Algonquin, Southborough tax payers will fund about 20 Northborough students.

Arguments for and against
As you might imagine, there was sharp debate on this issue. Residents hashed it out for nearly an hour before the votes were taken. Continue reading for quotes from both sides.

“A delay in having an approved budget would be disastrous to Algonquin,” —Superintendent Charles Gobron on what would happen if Northborough and Southborough could not agree to use the same assessment method.

“The spirit of cooperation with Northborough is that we would pay for our students and they would pay for theirs.” —A Fox Hill Drive resident arguing for the enrollment-based regional agreement over the state statue which considers socio-economic factors.

“We need to recognize that the politics of this approach just won’t work.” —Regional School Committee member Paul Butka on the likelihood that Northborough voters would not approve a higher assessment.

“We’re paying through the nose for this school. We’re paying more than our fair share.” —Wolf Pen Road resident who noted he chose not to send his kids to Algonquin.

“Implicit in this argument is the assumption that if Northborough doesn’t fork over $223K, you will.” —Advisory Committee Chairman John Butler.

“We’re hashing out old political resentments here. We’re a community and we need to work together. We’re having an old political battle all for $200,000. I can’t believe we’re still having this debate.” —A Woodland Road resident and Algonquin grad.

“It’s a political question. There’s no way we can outnumber Northborough.” —Former selectwoman Donna McDaniel on Southborough’s slim chance of success if the towns were to hold a regional town meeting.