If you’re sending your kid to Finn for kindergarten or preschool next year, here’s a story that will make you feel good about your choice.

After a nearly two-year process, Finn became one of the first early childhood development centers in the nation to be accredited by the National Association for the Education of Young Children (NAEYC) under stringent new rules.

The accreditation didn’t come easy. Finn started the process in July 2007. Ryan said teachers spent hundreds of hours working on the accreditation requirements. They compiled binder after binder of material for NAEYC to review. 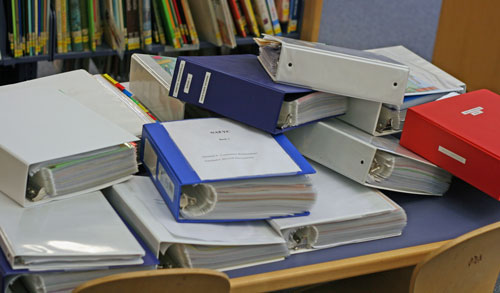 It wasn’t just curriculum and related programming that came under scrutiny. The school’s processes and procedures, along with the building itself, were under the microscope.

Ryan said the accreditors measured the depth of wood chips on the playground. They wanted to know exactly which cleanser was used to clean tables in the library. They asked about the school’s emergency response plan, their hand-washing policy, and their code of ethics.

Ryan said the school was well prepared to answer all the questions about their policies and procedures. “Most everything was existing,” Ryan said. “We were lucky.” 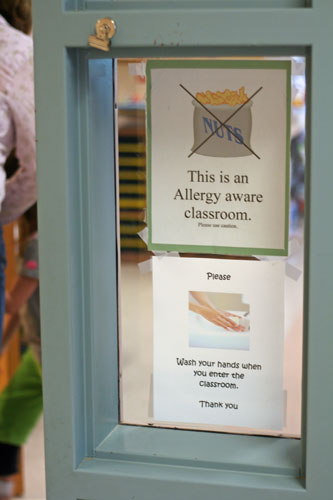 As part of the process, thirty-one teachers and staff became trained in juvenile first aid and CPR. Teachers also had to submit records about their professional training, including transcripts from college and graduate school coursework.

The accreditation process culminated in February with a visit by a NAEYC evaluator who spent three days observing teachers in the classroom and reviewing the compiled material. Ryan described the process as “nerve-wracking.”

“The validator was poker-faced,” Ryan said. “We had to wait until April to get the results.”

The results were good. NAEYC notified Ryan at the end of April that they had achieved accreditation. Not only did the school pass, but they scored over 90% in most areas.

“I’m really happy for the teachers. They put a lot of work into it and scored way beyond what was needed,” Ryan told the Southborough School Committee last month.

The accreditation is a feather in Finn’s cap, but they did it for more practical reasons, as well. If they had not gone through the accreditation process, grants from the state totaling about $80,000 would have been in jeopardy.

“The accreditation should give parents a sense of confidence in the school because it’s not something you just get,” Ryan said. “You have to prove it.”

Congratulations to the staff at Finn – they should be proud.

However: Depth of wood chips? Hand-washing policy? Table cleaner? What a truly silly nation we are today. Let’s all keep this bureaucratic inanity in mind next time the NEA tells us there’s simply no fat to be trimmed from school budgets.