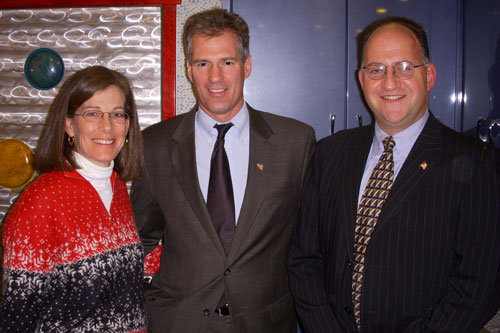 Southborough is arguably a blue town, at least there are more registered Democrats than there are Republicans, but the majority of registered voters in town don’t specify a party affiliation, and it’s those unaffiliated voters who pushed Southborough decidedly into the red yesterday.

There wasn’t much variation across Southborough’s three precincts in terms of turnout or results, with the difference being only a couple of percentage points. Precinct 2, which has the highest number of registered Republicans at 22% went slightly higher in favor of Scott Brown than the town average, but barely.

At over 69%, voter turnout in Southborough dwarfed the statewide average of 52%. Compare that to a 23% turnout for the primary election in December. Turnout during the 2008 Presidential Election was 85% (when, incidentally, the town voted largely Democratic).

Because Romney beat O’Brien almost 2 to 1 here in 2002, when the numbers came up last night as 59-41, I thought Coakley still had a chance, but the fact that precinct 3 (the most Democratic) gave similar results to 1 and 2 (the most Republican) was a warning sign that she wouldn’t build the lead she had to have in the cities to win.