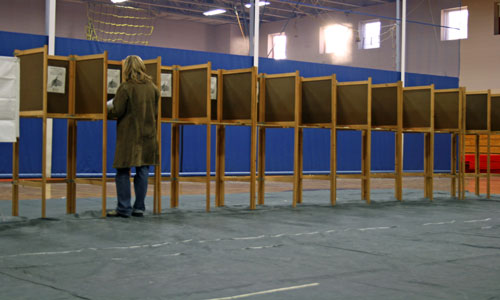 Tomorrow is election day. Polls in Southborough (and elsewhere) will be open from 7:00 am to 8:00 pm. There are three polling stations in Southborough, one for each of our three precincts. To find out which precinct you’re in and where you should go to vote visit www.wheredoivotema.com.

I admit I’ll be doing some cramming tonight to figure out who I’m going to vote for in some of these races. If you’re in the same boat, check out these helpful resources:

The majority of the ballot is the same regardless of which precinct you’re in. The exception is the race for state representative. Precints 2 and 3 fall into the Eight Middlesex District, where voters will get to choose between incumbent Democrat Carolyn Dykema and Liberty party candidate Jonathan Loya. Precinct 1 falls into the Fourth Middlesex District, where voters have a choice between incumbent Democrat Danielle Gregoire and Republican Steven Levy.

Keep reading to find out who else is on the ballot in Southborough.