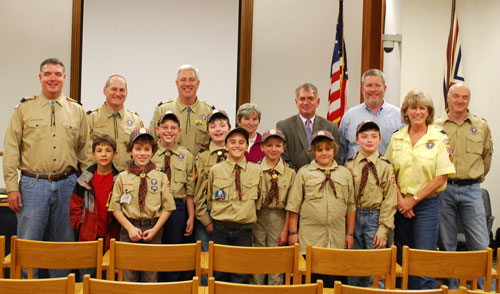 Before the Board of Selectman meeting earlier this week, Selectman John Rooney took some time out to spend with a group of Cub Scouts. This recap was sent in by a My Southborough reader:

Tuesday evening the boys from Southborough Cub Scout Pack 921 had a discussion with Selectman John Rooney about Town Government and Citizenship. The boys had lots of questions for Mr. Rooney. They wanted to know what the Selectmen do, how do they get elected, is it a lot of work and on what does the town spend the money? This was one of the requirements for the Webelos to earn their Citizenship badge as they progress on the path towards becoming Boy Scouts.

After the discussion all three Selectmen, Bonnie Phaneuf, John Rooney and Bill Boland posed with the boys for a picture just prior to the start of the meeting. The boys then had a chance to listen to the first part of the meeting before hurrying home as it was a school night!

Pack 921 wishes to extend a big thank you to John Rooney for making the time to help our Scouts! 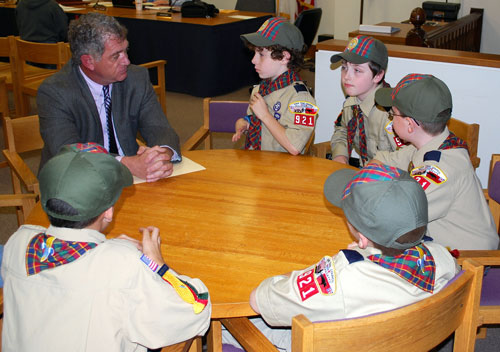 Rooney’s the real deal. Southborough is lucky to have him.