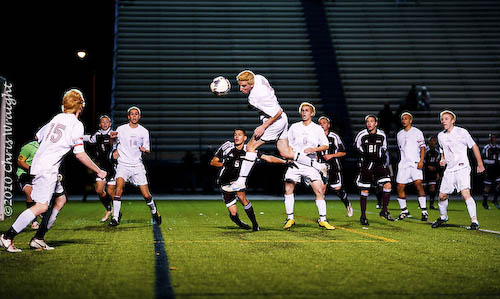 The Algonquin boys soccer team has a new nemesis. For the second year in a row Ludlow has knocked Algonquin out of the running for the state championship. And like last year, Ludlow won tonight by the score of 2-1.

From the sounds of it, tonight’s game was a heartbreaker, with Algonquin on the offensive most of the game. After scoring early and again late, Ludlow was able to hold off the siege. You can read more about the game here.

Algonquin may not be going to the state finals, but they’re still the District 1 Central champs and have a season to be proud of.

Update: Here’s a recap of the game from the Metrowest Daily News, and Southborough photographer Chris Wraight sent along these photos. Click to enlarge.