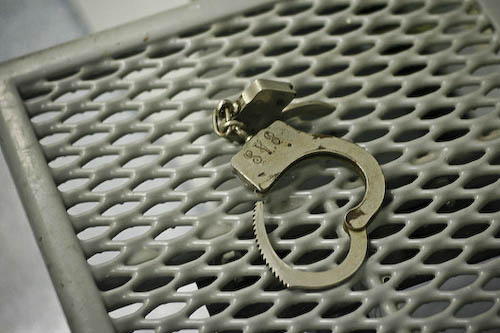 Southborough Police said a man suspected of breaking into a Middle Road home back in September was recently arrested, but they warn it’s not the same person they believe is behind the more recent rash of home break-ins in town.

The suspect, who has residences in both Framingham and Marlborough, was arrested by Marlborough police after a break-in in Shrewsbury. The Shrewsbury resident returned home during the incident and was able to get the suspect’s license plate. That’s what led police to the arrest.

Southborough resident Francis Bousquet was able to identify the suspect as the same person he came home to find burglarizing his Middle Road home in September.

In addition to the crimes in Southborough and Shrewsbury, the suspect is also believed to have broken into homes in Northborough and Hopkinton.

But Southborough Police Sergeant Sean James said they don’t believe it’s the same person who has broken into at least five other homes in Southborough this fall. He advised residents to remain vigilant and call police if they see anything suspicious.

James also said that the break-in on Southville Road this week is not related to the other break-ins in town. “It’s a different sort of person,” he said of the suspect in that case.

If you notice anything suspicious, you’re asked to immediately contact the Southborough Police Department at 508-485-2121, or call 9-1-1.

Per the Southborough Police Department there have two new break ins this past week on Bantry and Tara Roads. The prior week a residence was also broken into on Parkerville Road. Twenty six residents of Parkerville Road and adjacent streets met with Officer’s Mattioli and Landry at the Town Library and reviewed steps citizens can take to deter and prevent crime in their neighborhoods. The meeting was a success. The officers provided a summary of the actions they are taking to help prevent and catch these criminals.
The session helped to allay fears and reassure residents that being proactive and implementing practical steps will help to protect their homes and families. The Parkerville Road residents agreed to organize a crime watch effort. An email alert process has been established that connects interested neighbors to a group email where anyone can send the crime watch team and the police department an alert of suspicious behavior. If anyone is interested in starting such an effort in their neighborhood please contact the Southborough Police Department at 508-485-2121 or 911 or Chris Robbins who helped to lead a crime watch effort on Parkerville Road at 508-735-6100.