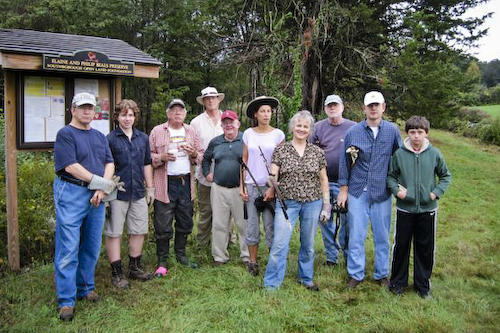 Above: Volunteers helped with jobs around the Beals Preserve on Saturday (contributed photo)

Southborough Open Land Foundation president Sally Watters passed along these words of thanks to the volunteers who turned out at their work day at the Beals Preserve on Saturday:

Thanks to the people who came to help with the Beals Preserve workday despite the cloudy damp weather. Among those helping were Dick Dinjian, Whit Beals, Hewitt and Ben Heiserman, Hal Kiess, Debbie Costine, Sally Watters, Rick Ellis, Bill Sines, Amy Kassatly, Larry Modestow, Kathryn Korostoff,  and Diane, Lexi, and Will Koziel. My apologies if I missed anyone! A lot was accomplished!

Watters said volunteers worked on rebuilding a stone wall and clearing invasive plants, among other jobs, and she sent in a couple photos of the volunteers hard at work. 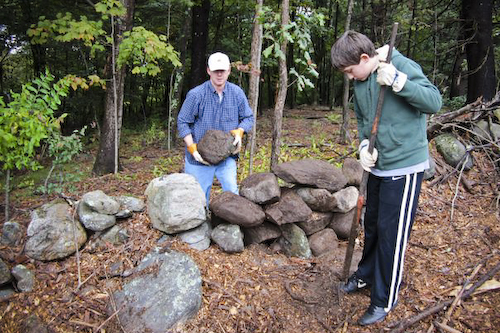 Above: Hewitt and Ben rebuilding part of the stone wall around the WHIP area (contributed photo) 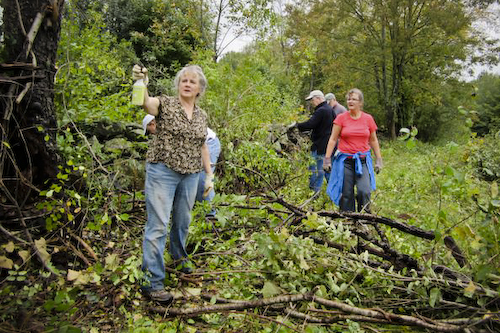 Above: Clearing invasive plants along a stone wall (contributed photo)