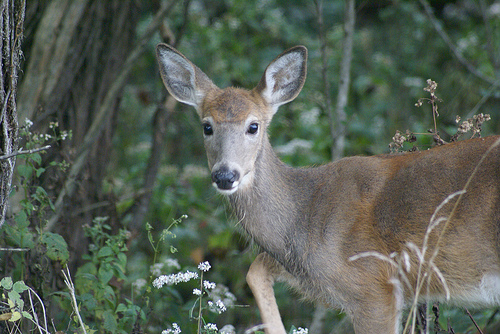 Southborough police responded to three separate accidents this weekend in which a vehicle struck a deer. None of the motorists or their passengers were injured, but the results weren’t so positive for the deer.

The accidents occured on Boston, Framingham, and Turnpike Roads. In two of the incidents the deer had to be euthanized by the responding officer. The third was already dead when officers arrived.

Deer weren’t the only animals wandering our roadways this weekend. Police also got a report of a goat on Turnpike Road, but the animal was gone when they got there.

You can read the full logs below. If you’re a Facebook user, get the logs directly from the source by visiting the SPD Facebook page and clicking Like.