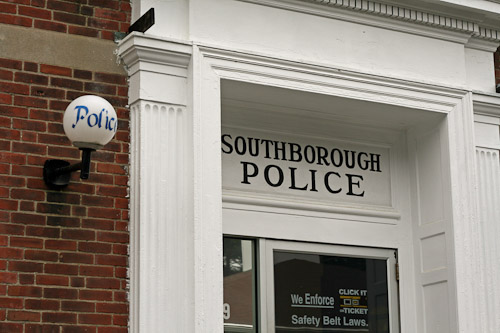 A joint investigation by Southborough and Framingham police, along with state police, led to the arrest of two Southborough residents on multiple drug and weapons charges early this morning.

Update 1/18/12: More information is coming to light about Tuesday’s raid at the Southboro Motor Lodge on Turnpike Road. Here’s a snippet from the Boston Globe:

When officers raided the motel room, they found a loaded .40 caliber Glock handgun in the headboard, State Police said. A further search by police led to the discovery of a .223 caliber assault rifle similar to an AR-15 and a .380 caliber handgun, Police also found multiple rounds of ammunition cocaine, heroin, and cash.

Various news sources are reporting Ryan is previously from Framingham and is thought to have been living at the motel for several weeks. Franchek is from Acton.

Here are links to more coverage.