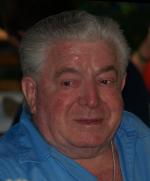 Mr. Paul was born and raised in Scotland and immigrated to the United States looking for a better life for his family. He settled in Brockton in 1959 and since 1992 had made his home in Rockland with his son James R. Paul Jr. and family. Mr. Paul was a sheet metal fabricator by trade and had worked at D.D. North Signs in Brockton and Brockton Iron and Steel. In his free time he enjoyed celebrating life with his family, following Boston sports teams, and singing a wee song.

Mr. Paul was the father of James R. Paul Jr. and wife Lindy of Rockland, David Paul and fiancee Yeen Mankin of Oakland, Calif., and Eileen Cozzolino and husband Joseph of Southborough. He leaves 10 grandchildren, Robin Smith, Nicholas, Sharrel, Merielle and Cameron Paul, Joe, Marissa, Drew and Gillian Cozzolino, Zhi Mankin; and two great-grandchildren, Brian and Benjamin Smith. He was the brother of May McIntyre, Esther Brodie, Myra Picanzo, John Paul and the late Daniel, Alec and Robert Paul, Nan Percival, Lizzie Brown and Jeanne Sweeney; uncle to many nieces and nephews in both the United States and in Scotland.

Visiting hours will be held in the Conley Funeral Home, 138 Belmont Street (Rte 123), Brockton, Tuesday 4 – 8 p.m. The funeral procession will gather at the funeral home on Wednesday at 9:30 a.m. followed by a Funeral Mass in Christ the King Church in Brockton at 10:30 a.m. Burial will be in Calvary Cemetery. Please consider donations in lieu of flowers in James name to the Scots Charitable Society, 25 Market Street, Billerica, MA 01821. For directions and condolences, please visit www.conleyfuneralhome.com.