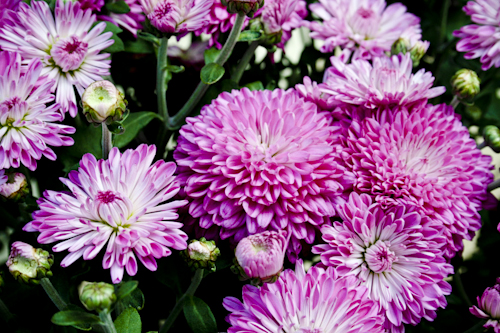 Time for another open thread. For those of you new to the blog, the open discussion thread is your place to ask questions, sound off on town issues, or share information with other readers. Here are some suggestions to get you started:

Anyone else tired of junkmail? I just called the Bargain Book guy at 508-845-2075 and asked him to remove me from his mailing list and he acted like I wanted him to jump off a bridge. He said he’d never received a request like this before and would see what he could do. Since it’s a Post Office approved saturation mailing he doesn’t really have to keep a “do not mail” list.
I’d like to hear what the general reaction is to this. Am I crazy, just a minority, or the first of many?

Matthew lots of this junk mail comes with pre paid return envelopes.simply save the junk up and then start stuffing those envelopes. mail them back to them on their dime! this may sound a bit childish but you will help keep the postal workers working . i would also bet while doing it you catch yourself with a smile on your face.try it.

Regarding access to the land across Rte. 30 from the entrance to Chestnut Hill…is there public access via the gate next to the grey house (converted barn)? I *think* I saw a Sudbury Trail sign there but wanted to be sure. Up to now, I’ve parked at the dam on Deerfoot and walked over. I think I could park over by Northborough Road intersection instead?

Chris, the property your are referring to is Beals Preserve,one of the Southborough Open Land Foundation properties. There is a gated entrance across from Chestnut Hill Road. Please close the gate after you enter. There is parking at the triangle at the corner of Main Street and Northborough Road as you suggest. Please do not park in front of the gate, it is located beside a private driveway. Visit solf.org for more information, a map of the property, and other entrances. Please drop by the SOLF booth on Heritage Day for more information.

Great to hear, thanks Hal.

@Matthew, this is one resource to get your name off, http://www.directmail.com/directory/mail_preference/Default.aspx

As the text says, it only works if the direct mailer adheres to the list…but it may start to help.

Fitness Together welcomes you to check out our blog, offering free fitness tips, recipes, and exercise demonstrations. http://fitnesstogether.com/metrowest/blog

Another Beer and Wine Store in Southborough?

I just heard that the Town’s Zoning Board will allow a beer and wine store to open up next to the Red Barn on Middle/Rte 9. How many Beer/Wine/Liquor stores do we need. We already have Stoney Brook, Mauro’s, The liquor store on the corner of Oak street, the wine store next to Cold stone etc..If the town wants to increase revenue why doesn’t it go after St. Mark’s and Fay Schools to pay their fair share of taxes.

Shame on the Zoning Board for allowing this to happen.or

I’m not sure the zoning board had anything to do with this, but the Board of Selectmen last week approved the liquor license. I have a story on the new business in the works. Look for a post on the blog early next week.

Then the Selectman should be ashamed of themselves. So many alcoholic beverage establishments within a small area of Southborough and so close to the residents of Middle road. The Selectmen need to be replaced.

The ABCC regulates the number of licenses for a given town. You can’t deny a license just because you don’t want another establishment.

I’m going to bring it up again … what’s going on with the peeling street signs around town? They look so awful. Latisquama’s is barely readable. What’s the replacement plan – anyone know? I feel like I read the town is trying to fix it, but it’s been years…

“Galligan said after the meeting she estimates the new swap area could be set up for about $32K. Assabet has expressed interested in having their students build the structures at no cost except materials.

Many of the several dozen residents who turned out to hear the discussion last night commended Galligan for coming up with the alternative, but not all were convinced it would solve the problem.

The new swap area would be behind the recycling facility in an area off by itself. Galligan said it would not be manned by a DPW employee, so it would need to be self-policing. Some residents questioned whether that model would encourage the same bad behavior that exists today.

“It sounds like an out-of-control free-for-all,” one Southville Road resident said. “I don’t know if we can afford to make the problem bigger.”

Here is the link to the minutes from the meeting: http://www.southboroughtown.com/minutes/Selectmen/BOSMin010312.pdf

The meeting was also video taped.

Why is the DPW doing a project the taxpayers don’t want while ignoring things that should be getting done? Maybe because they don’t want to be bothered monitoring the swap shop, regardless of what the taxpayers say, so they instead are going against the taxpayers wishes and are building the new swap shop anyway? I would like to know what, exactly, this project has wound up costing us?

Susan, is there any way to get more information on this subject?

Agree on the street signs!! There must be some form of manufacturers warranty wouldn’t you think? The warranty is probably not forever either. Our DPW should certainly want to inventory the peeling signs and contact the maker of the defective signs ASAP for replacement….if it is not too late. Add on ones forgotten for the corner of Mt. Vickery and Middle Rd (still green ones.) The peeling signs look awful and are not serving their purpose as they deteriorate.

The street signs need to be addressed!! Delaying may cost us more money if there is a warranty in place now.