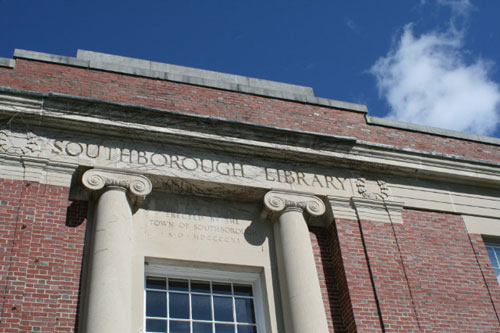 Library Trustee Betsy Rosenbloom recently announced she would be stepping down from her post on the Library Board of Trustees after having served for three years. That leaves a vacancy the board hopes to fill with an interim appointment.

Here’s more information sent along by Library Board of Trustees Chairwoman Jane Smith:

Trustees are entrusted with overseeing, maintaining, advocating for, and planning the future of the public library. The six-member board meets at 6 p.m. the third Tuesday of each month.

The selection of an interim Trustee will be made by Trustees and Selectmen, and the appointment will be effective until the town election in May. At that time, the appointed candidate would have to run for election if he/she wishes to keep the seat.

Want to learn more? Contact Jane Smith, chair of the Board of Trustees, by February 22, 2013, at 508.612.3188. Or, send a resume and cover letter to southboroughlibrarytrustees@gmail.com. Thank you!