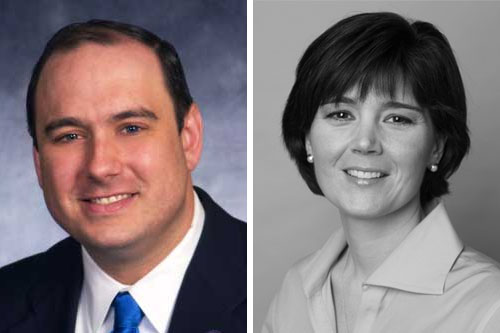 Our state representatives, Carolyn Dykema in the House and Jamie Eldridge in the Senate, have sent out a number of press releases over the past few weeks to update constituents on the goings-on in Boston. Here’s a round-up of their latest announcements.

Senator Eldridge re-appointed chair of joint committee on housing, vice chair of global warming and climate change committee (2/11/13)
As the 188th Session of the Massachusetts State Senate gets underway, State Senator Jamie Eldridge (D-Acton) is laying out his goals for the next two years after being re-appointed by Senate President Therese Murray as Senate Chair of the Joint Committee on Housing and Vice Chair of the Senate Committee on Global Warming and Climate Change. Senator Eldridge was also named to the Joint Committees on Mental Health and Substance Abuse and Telecommunications, Utilities and Energy. (read more)

“Representative Carolyn Dykema (D‐Holliston) is proud to announce that she will be serving on four legislative committees for the upcoming two‐year session including the House Ways and Means Committee. “

Voting with the party leadership consistently does have its rewards. At least Sen. Eldridge admits (below) his assignments were hand-picked by the Senate president.

“State Senator Jamie Eldridge (D‐Acton) is laying out his goals for the next two years after being re‐appointed by Senate President Therese Murray as Senate Chair of the Joint Committee on Housing and Vice Chair of the Senate Committee on Global Warming and Climate Change. As Chair, Senator Eldridge’s priorities this session include reviewing Governor Patrick’s public housing authority legislation, preserving the social safety net for homeless families, Chapter 40B reform, comprehensive zoning reform and developing more workforce housing in Massachusetts.”

Chapter 40B is a state mandate. Now we know exactly who to hold accountable. Let’s see what those 40B “reforms” include.

They certainly are. The state of course collects the unclaimed bottle deposits (“escheatage”), even from those bottles that are recycled but not returned for the deposit.

Or as they call it on Beacon Hill: “Winning!”

Boston Globe in 2009. “In Massachusetts, the estimated escheatage from a 5-cent deposit on the billion-plus bottled water, juice, and sports drinks now exempt from the charge could raise an estimated $58 million.”
http://www.boston.com/bostonglobe/editorial_opinion/editorials/articles/2009/03/05/short_fuse/

So, all 351 Massachusetts cities and towns can fight over the $9 million restored in local aid to municipal governments while the legislature feasts on a new revenue stream from consumers.

In other State House news, no word on Ms. Dykema’s proposed transparency bill, HD 3412. This is shocking.