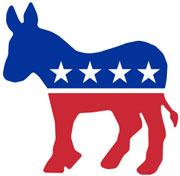 Southborough Democrats are invited to attend the the party’s caucus at the Southborough Public Library on Saturday, March 2, to help elect delegates to the state convention held in June. The caucus was originally scheduled for Saturday, February 8, but was postponed due to the blizzard. Here are more details.

Registered Democrats in Southborough are scheduled to hold their caucus at the Southborough Public Library, 25 Main Street to elect delegates to the 2013 Massachusetts Democratic Convention. Five delegates and three alternates will be elected, and the delegates will be divided equally between men and women.

The March caucus is open to all. All registered Democrats in Southborough can vote for a delegate or run for a spot. A resident must have registered as a Democrat by December 31. All ballots will be written and secret. Those not elected as a delegate or alternate may apply to be add-on delegates in the following categories: youth, minority and disabled. For more information, contact Susan Ruane at 508-460-0830.

The caucus starts on Saturday at 11:00 am at the library.