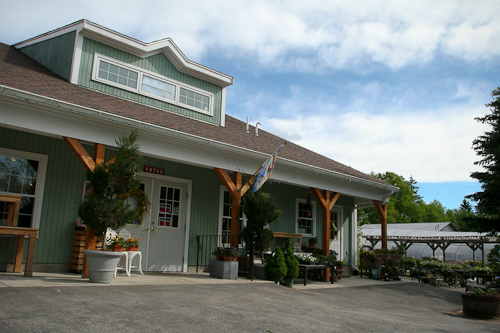 Above: The Gulbankian family has been wrangling with the town over zoning since 2010

The Gulbankian family may get some unexpected assistance in their ongoing zoning battle with the town. Over the objection of one of its members, the Board of Selectmen on Tuesday night agreed to talk with the town’s lawyer to find out if there is any way they can intervene.

In 2011 after complaints from neighbors prompted months of hearings, the Zoning Board of Appeals voted to allow the Gulbankian family to continue operating multiple businesses on its Mt. Vickery Road property, but imposed a number of conditions, including landscaping, lighting, paving a portion of their lot, and installing a drainage system.

The Gulbankian family has said it cannot afford to fully comply with the conditions, and took the town to court. In June 2012, the Worcester Superior Court upheld the town’s ruling. The Gulbankian family went before the ZBA again last week asking the board to modify its original ruling and let them off the hook on the paving and drainage system conditions, but the board unanimously declined to do so.

Selectmen John Rooney proposed the idea of intervening in the matter, saying it was worth exploring whether a middle ground could be found. Rooney, an attorney by profession, offered to act as a mediator among the Gulbankian’s, its neighbors, and the town.

“I see additional litigation coming. If there’s a way to avoid that, and bring some level of understanding, if not peace, among the parties, it is in our best interest,” Rooney said.

Selectmen Bill Boland strongly disagreed, saying the board had no jurisdiction over the matter, and getting involved would set a bad precedent. Despite the support the family has received from many residents, Boland said the matter is not a “popularity contest” and the Gulbankian family should be treated like any other applicant.

“I’m not looking to second guess or rewrite history. What I’m looking to do is move forward…such that at end of day we can all get together as a community,” Rooney said. “The fact that the family has lived in town for so long is not impacting my suggestion.”

The Gulbankian family had until May 31, 2013 to meet the conditions set by the ZBA. An attorney for the family said last week some of the conditions, like landscaping, had been met, but others – notably paving and the drainage system – have not. That means the family is currently in noncompliance with the ruling and could face fines or other administrative action.

“I’m not looking to usurp the jurisdiction of the ZBA,” Rooney said. “But there has to be another option than noncompliance.”

Chairman Dan Kolenda, who walked a middle ground on the issue, ultimately sided with Rooney and asked Town Administrator Mark Purple to consult Town Counsel Aldo Cipriano to determine what role, if any, the board can play.

While I have no personal knowledge of the Gulbankian’s situation, I am disturbed by the Selectman trying to interfere in the business of another town committee. It also hints of people in high places trying to pull strings to help out their friends. Everyone should be treated the same by town government officials.

Resident: If you don’t know about the subject why are you passing judgement?
Evidently you don’t realize is that this is costing the taxpayers money everytime the town’s attorney is called upon. If the town doesn’t have money to run the TS just imagine our town attorney cost.

Had cooler heads and lessor ego’s prevailed from the beginning, it seems that this would of been settled in legal fashion rather than a political one.

“Everyone should be treated the same by town government officials.”

You are correct in your statement but the Gulbankian’s haven’t been treated fairly.
Someone has an eye on their property and everytime this conversation comes up in town it seems everyone has the same conclusion.

Finally …… something worthly for the Selectmen to discuss.

That is where you are wrong Ben. This has been treated in a legal fashion – thus the court upholding the ZBA’s decision on the matter (unless you think they have a personal gripe against the Gulbankians too?). It is all the people who don’t know the case and facts and continue to post about the case on this blog who are turning this into a political issue. The Gulbankians need to be treated like every other business in town. Do you know of any other business in town that has been exempted from stormwater management requirements?

I think the BOS should stay out of the issue. It sets a bad precedent and is an insult to the volunteers on the ZBA. The ZBA is a legislative body doing a very difficult, and obviously thankless, job. The courts have upheld their decision and the BOS should keep out of it. If John Rooney, as a private citizen, wants to get involved, that is his right and would be very kind of him, but not as a member of the BOS. Sorry to say that I agree with Mr. Boland this time.

If people are so outraged, they should put their time and money where their typing fingers are and actually leave the comfort of their homes and keyboards to DO something to help the Gulbankians. Solicit discounts from contrators who do the kind of work needed, organize a fundraiser – anything to actually help. But no, all the “outraged citizens” will just keep posting (sometimes very ill-informed) commentary here. And so nothing gets done but controversy festers.

I have said it before and I will say it again, this is the perfect opportunity for someone to step up and turn this into a positive community groundswell, but no one seems to care THAT much.

Thank you John Rooney ! It a shame this all had to come this far. But I for one am very happy to hear you are level headed and willing to try to help resolve this matter. the Gulbainkian family deserves a whole lot more respect than they have been receiving so far. The true fact of the matter is that machine shop has such little impact on the people of this town.That even the people that drive by it every day or live next to it would have no idea if it was open or closed. Unless they went up and knocked on their door. So why would we as a town have any reason to put such hard ship on them ? It seem logical that it could be grandfathered in ! Many of the properties in town would not meet the building codes of today.

Jim Foley is correct- Any building in town that is older than 3 yrs old doesn’t meet current building codes.

The family should convert the property to a pig farm. And they can do it as they are a farm.
Or, sell the property to a developer for low income families. A housing project in Southboro would wreak havoc in town.

What is the criteria the BOS is using to decide whether to get involved? Will they take this action whenever any business in town gets a decision they don’t like from the ZBA? WIll they get involved anytime any business threatens to take action that will cost the town money in legal fees? It is one thing for Mr. Rooney to try to help out as a private citizen, and he is certainly entitled to do that if he wishes. But having the BOS formally intervene sets a precedent. They now have to do this for everyone or have a good reason why they won’t.

I like the Gulbankians. We buy flowers and mulch from them…I drive by their property every day.

That said, I don’t know what leeway the ZBA has, or should have, in this case. Isn’t it simply a matter of regulatory law? If the stormwater drainage regs are too stringent, then we ought to direct our attention to changing those regulations. If I was a terrific neighbor and town citizen whose family lived at the same address for four generations, and the only problem was that I enjoyed glugging oil into the soil–well, clearly that’d be unacceptable, and prohibited. So are the Gulbankians in regulatory violation? Is it proper that a mechanism for grandfathering ongoing violations be possible?

It seems that once brought up before the committee, the committee’s hands are tied, regardless of their personal feelings. I do think it’s crummy that this was brought up in the first place–do we know that it was some of the residents of Admiral’s Hill? I read much venom directed towards them–is that warranted?

So what to do now? I continue to read lots of people supporting the position of the Gulbankians, but so far, I don’t think anybody has taken Al Hamilton’s suggestion (at least I think it was Mr. Hamilton) to help fund the remediations.

I very much like the idea of the town helping by providing equipment, labor, etc. at a reduced cost to get this done–is that possible? Is there grant money available for this sort of thing? Can we use town funding–maybe Community Preservation funding–to help with this?

I’m just not sure that the ZBA should be bending regulations…it’s not why we elected them. Oh and btw, I’m also not sure about the BOS intervention, but I’ll wait and see what form that takes. If they can help negotiate a quick and compliant solution, I’m all for it.

Isn’t the ZBA appointed by the BOS, not elected by the towns people? As a appointed board why does the BOS not have the right to intervene when the do not agree with a board they appointed to make decisions for them?

There is also what we used to call extenuating circumstances when applying the law. The police do it all the time. Maybe the ZBA and the judge do not know how apply this thought process.

Judy: You are correct.
Unfortunately it has taken this long to react. Meanwhile others business prospects in town will suffer from the fallout of all this.
This town needs money though they’re going about it the wrong way.
Capasso’s is a perfect example. Who would dare to rent that place out now.?

Thanks Mr. Rooney for some much needed common sense.