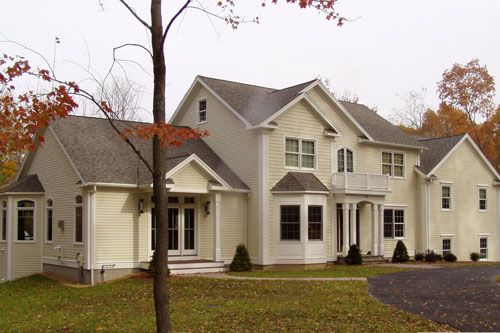 The Metrowest Daily News reports nearly three years after a jury awarded millions in their fraud case, the Culleys at 22A Lovers Lane still haven’t received any money or satisfaction.  Now they are bringing the case back to court.

The “money pit” the Culleys live in was constructed in violation of 19 building codes.  Builder Gary Cato and two engineers lost their licenses for falsifying documents to defraud the building inspector and homeowners.

The deteriorating condition of the home has led to their propane being shutoff.  But court rulings and restrictions have continued to complicate their ability to get justice.

The Culleys went to trial in 2010. A jury found for them, awarding them $1.1 million in damages, an amount that was to be tripled automatically because of the fraud and building code violations it agreed existed.

The judge on the case, Thomas Murtagh, threw out the verdict, however, saying that the Culleys never presented what it would cost to repair the home. The Culleys say the logjam of problems with the site make it impossible to provide such a figure.

Though the couple is again in court, the current trial is restricted to a portion of the property – furthering a convoluted legal situation nearly as complicated as the history of the home itself.

For the full story, read the MWDN article here.

These poor people…. How can they not get relief when so many officials were either reprimanded, lost their license to practice or were actually fired over this? Aren’t all these people in place to prevent something like this from occurring? Instead, it seems the were complicit in it all yet the Culleys can’t obtain relief thru the courts… shame on the system for screwing these people like this.

I feel your pain. being the owner of a modular home I went through the same baloney in regard to the workers but fortunately not issues in regards to your settling.

Clearly everyone who stamped,passed papers,worked on or even had a hand in this house is guilty.

Well where is the justice?

Here’s an issue where town officials clearly and maybe even illegally harmed these homeowners. Maybe this is an issue more deserving of Mr. Rooney’s attention? With the closing of the machine shop, the ZBA/Gulbankian issue seems over but maybe the Town can offer a bit more to the Culleys? To whom did this Building Inspector report? Maybe that official or a contrite Selectman or Town Counsel testifying on their behalf would be a step in the right direction?

I would like to clarify – as seems a point misunderstood by multiple readers:
As reported by MWDN, the fraud was committed by engineers – NOT the Building Inspector.

It appears the intent was to defraud the inspector (and town), as well as the homeowners, into believing that work required by the inspector was done.

Yet Building Inspectors job is to inspect the jobs he’s ordered done and to believe the signature of another town’s inspector is ‘naive’ at best.