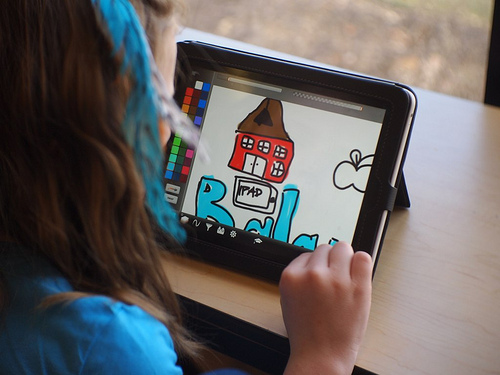 This educational concept has been gaining traction over the last few years. Now Neary is working towards launching a program next year. Principal Linda Murdock presented the idea to a supportive K-8 School Committee on May15th.

According to Murdock, the idea is in very early planning stages. She explained that a small group is in the process of forming a steering committee of teachers, parents, the district’s technology director, and herself, to look at options for the pilot.

Parents should receive more information about how to get involved before the end of the school year. Planning will likely take the first half of next year. The pilot will be scheduled for the second half.

According to Murdock, the one-to-one idea came out of the district’s Technology Advisory Committee. That committee is formed of Northborough and Southborough parents, administrators, teachers, and community members.

In April 2012, the district held a technology forum for the public to discuss long range technology plans. The following month (and again this January), they invited parents, high school students and teachers to join the committee.  Committee work has focused on website and communication, technology infrastructure, and 1:1 technology in the schools.