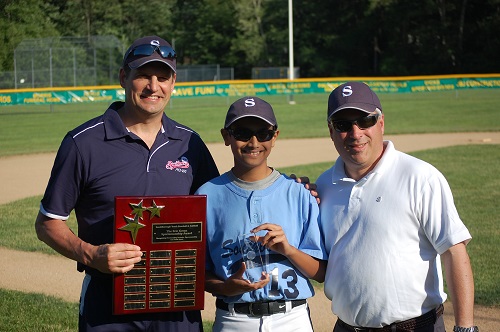 Last year, when SYB announced that this annual award for the 10-12 year old little league division would be named after Eric Green, they explained:

This award will be based on qualities exhibited by Eric during his baseball career and throughout his life. This is not to be equated to baseball skills but rather good sportsmanship, perseverance and one’s overall commitment to their team and friends.

Congratulations to Neil and to the McCarthy Pools team!

Awesome for Neil. Just wondering why no girls were up for the award? Is it a boys only thing? Congrats Neil!