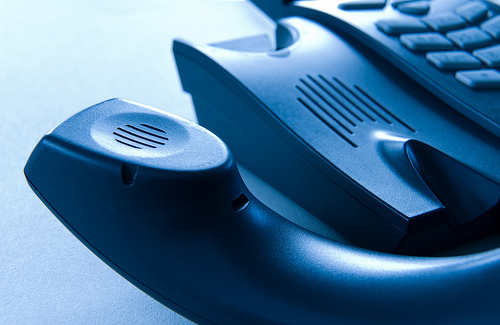 I explained that only a portion of the proceeds would go to the firefighters. (That’s the trade off for using professionals.) Unfortunately, a complaint that one caller used deceptive tactics has put a halt to the efforts.

According to The Metrowest Daily News, a Southborough resident complained that a caller told him that he was a firefighter and all funds would go directly to the firefighters.

In a statement Monday, Southborough Permanent Firefighters Association Local 3129 said a professional company, All Pro Productions of Marlborough, began a fundraising drive on its behalf on Nov. 1.

The union said it became aware of a complaint about the company on Dec. 6 and, after speaking with All Pro, terminated the drive immediately “out of an abundance of caution.

“(Our) primary responsibility is to the citizens and businesses of the town of Southborough and we would like to continue to work together to make our community the best it can be,” the union wrote.

All Pro Vice President Maurice Rondeau said Monday that the company has made thousands of calls in Southborough in the past month and has received zero complaints.

If you think it’s a shame that their fundraising efforts are halted, remember you can still support them. One way is through their Christmas Tree sales. But you can also contact the department to inquire about direct contributions.

We also received a call from a person claiming to be a firefighter in Southborough raising such funds. When we checked the name provided by the person against the list of firefighters, on the Southborough Town web site, we found that the person was not a Southborough firefighter. We did not register a complaint, but that is what happened.

Interesting to read this as the call I received was so persistent and intrusive, I couldn’t believe it was one of our firefighters, which is the impression I received. It felt totally illegit to me as well. Perhaps their fundraising dollars would be better spend hiring a fundraiser to organize local volunteers to make calls.

Agreed. Outsourcing to an organization such as the one in Marlborough is not an efficient use of funds. They don’t really have the interests of the firefighters and their good causes in mind..They’re looking to earn as much as they can on a commission.

Just another reason why I never respond to telephone solicitations. I seldom answer our home phone anymore. Caller ID is well worth the price.

Same here. My “understanding” was that he person was a firefighter, but I was suspicious because they wanted to do a check pickup (left on front door)… and the phone number wasn’t local. I told the person “no” and I’d have to check it out. I called the station and they said it was legit. My question is this; Who was supposed to pick up the check? Was it one of our local firemen, or one of the fund raisers. If it’s one of the fund raisers, that’s a concern…. I don’t mind a fireman picking up a check… but not a stranger.

Like Jerry C, I was suspicious and called to confirm that this was legit. The caller was so extraordinarily pushy and abrupt (even by telephone solicitation standards)
that I was sure he was a fake because no one who wants to get on your good side would talk to you that way! I can see that he definitely could have turned people off from contributing. The gentleman who came to pick up the check the next day could not have been nicer but was not a firefighter. If this type of operation is the best option for the firefighters, I suggest they find a new fundraising firm next year!

I question what they are even fund raising for? and who’s paying for it? Isn’t the dept. fully funded by tax payers? Basically if I understand this correctly, this fund raising is for their union, so we are donating to them so that they have more money to better negotiate against us.

The fund is used for town scholarships, community programs like the annual Halloween parade, and to help out firefighters and families in cases of emergency or illness.

Why not do a big fundraising push at the Heritage Day Festival when they do such a great job at the Fire Station for the kids?

Why aren’t our guys making the calls? And out there selling the trees? No one was there the entire weekend after Thanksgiving!

I bought a tree there last Saturday, and the trees were of excellent quality and a very fair price. They did everything… put the tree on the roof rack, and tied it for us.

My understanding of this practice, from articles and discussions several years ago, is that the fundraising business approaches the fire dept, police dept, their unions or whomever. They get permission to solicit on their behalf and then give some (quite small) percentage to the organization.

In some ways it is a no-lose situation for the organization because they do not have to do any work or effort and they get some money, even if the fundraising professionals keep an exorbitant percentage. Just say yes and some money they didn’t have before will appear. I don’t know how much, if any, negotiation goes on about what percentage the fundraisers keep.

All the other fundraising efforts suggested here, that would send 100% of the money to the firefighters, require time, effort and organization on their part.

Having been a professional fundraiser for many years, I can tell you that this type of fundraising is a missed opportunity for greater funds and a PR nightmare. The callers representing the firefighters are nothing like the true firefighters, and we all know our firefighters do an excellent job. This is not a good use of funds. It would make more sense to hire a local stay-at-home mom for $20 to $25 an hour to coordinate a volunteer call campaign than to go this route. Hopefully they will consider that in the future.

Beth, are you sure on the Dec 1? Was one tree sold on Dec 1? Doesn’t really matter.
If SL is correct, those types of calls and callers are exactly why people have stopped giving.

Sorry. The sale started the Monday after Thanksgiving. I mis-remembered Monday as being the 1st. It was actually Dec. 2nd.

They sent me info early Thanksgiving week. I was able to fit in post about it on Fri, 11/29 letting people know that it would start Monday.

I have to say I am disgusted at some of the posts by fellow residents in Southborough. SB Resident claims funds are being raised for the union to “negotiate against us”, and “come on guys” showing impatience that the fire fighters were not out selling trees immediately after Thanksgiving. Albeit the company that was chosen may not have had the most tact- please remember the primary job of these men is to provide a service to the town. The fire fighters sacrifice holidays, children’s birthdays, and numerous outings to be with their families for the citizens of Southborough. The union defends the fire fighter’s rights for health insurance and numerous retirement benefits. It seems as if the citizens on this website take these men for granted until they are in need of emergency responders. Shame on you.

I got one of these calls as well. The caller represented himself as a Southborough Firefighter and when I followed up, it was clear he was not. I got a polite email from the a member of the department explaining that the campaign was in fact done by an outside group. I replied that the fundraising technique used was deceptive at best.

I made the mistake of contributing to one of these fundraisers about 10 years ago and I get a call at least once a month from one Police/Fire organization or another that I have never heard of. They all start by thanking me for my past support even though I have never contributed to that organization and then go on with the hard sell. The call does not last long.

I appreciate the service that our police and firefighting men and women provide. But their good names are being used by fundraising organizations who, in my opinion, use inappropriate and in this case misleading tactics. This behavior in turn reflects negatively on our police and emergency personnel. I think they should be far more circumspect, and transparent, about how they raise money if only to protect their reputations.

Let us also be clear that the financial interest of the Firefighters union and those of our Elected Executive and Taxpayers must at times be adversarial. Unions exist to protect and expand the economic benefits of their members. There is no shame in that but that is exactly the opposite of the goals of our Elected Executives and Taxpayers who expect more services at lower costs.

If you want to contribute to one of the fine programs supported by the Union I suggest that you do so directly.

I agree with Mr. Hamilton and I will make a contribution directly to support the programs supported by the Union only because the fundraiser is so bad.

Someone in the Union management should step up and acknowledge that the fund raising firm they hired has acted improperly. It reflects poorly on the Union to not see some soft of apology. If I hired a contractor and he acted improperly with my neighbors, I would apologize to them.

Finally, do not let the .000001% of the posters who complain about everything think that the overwhelming majority of Southborough residents do not respect and appreciate the firefighters in Southborough. When I drive past the fire station and police station on after church services on Christmas Eve, I always think of the policemen and fire fighters who will not be home with their families on Christmas Eve.

Absolutely a supporter of the fire fighters, just not the organization that was chosen to raise money for their causes.

My point is that we want to support them. We want to buy their trees. What we don’t want is to give our money to some professional bozo on the phone calling us during our family time, and then getting on the list of every police, vet, and cancer group who do the same.