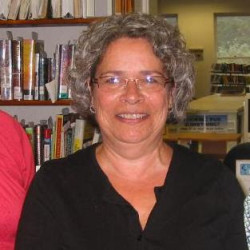 Southborough Library Director Jane Cain will be leaving us at the end of December. Cain has been in the position since spring of 2009.

Recently, Cain announced her plans to move to another Massachusetts library. She will be taking a position in Yarmouth, close to family. (She plans to eventually relocate there.)

An Open House will be held at the Library on Thursday, December 19, from 4:00 – 7:00 p.m. The community is invited to join the Trustees in saying farewell.

This opens a new director position in town.

This Wednesday’s Personnel Board meeting will include a review of the job description and posting. That meeting is scheduled for 7:30 am in the Town House Hearing Room.

During the interim period, Children’s Librarian Kim Ivers will fill the void. (This will be her third stint acting in a dual capacity.)

Thank you Jane for your service to Southborough and for your advocacy on behalf of the library. You have made a difference and will be missed. All the best to you as you embark on the next chapter of your career.

**Please note that the Personnel Board meeting when the Library Directors job description will be reviewed is to be held tomorrow morning, December 11th at 7:30 am (not pm, as noted above), at the Town House hearing room. It is open to all who wish to attend.**

Thanks for pointing that out. Change made.