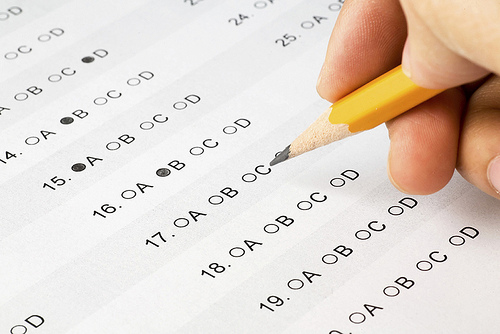 Above: Sponsors of a free Common Core forum next week oppose plans to pilot PARCC tests in Southborough and Northborough schools this spring. (Image posted to Flickr by albertogp123)

“Common Core Forum” is sponsoring an informational forum for district parents. Despite its name, the focus seems to be anti-common core.

In the fall, the superintendent’s office held forums in Northborough and Southborough to inform parents about the Common Core and MCAS testing.

Their focus was how the school was handling the mandated transition to Common Core standards and the expected changes in the testing process.

Next week’s forum for the community is not held by the schools or state. It’s held by a private group raising awareness about the changes and “Why should parents be concerned?”

On Tuesday, February 18 at 7:00 pm, a free session will be held at the Northborough Free Library. You can expect speakers to oppose the implementation mandates and planned pilot testing.

According to the flyer:

The Northborough/Southborough Schools are implementing Common Core in our schools; and, will be piloting the PARCC tests this spring.

The Common Core initiative, if fully implemented, will Federalize our public education system. Although Massachusetts is a leader in standardized student test
results, Common Core will…

Two speakers are listed. One of them is Sandra Stotsky. Among her credentials is having served:

The institute posts on their website their questioning of testing plans:

New PARCC tests related to Common Core national standards are being field-tested in Massachusetts this year, in lieu of or in addition to MCAS, adding countless more hours teachers’ workloads. Schools and parents would not receive results of PARCC tests, despite federal and state laws (NCLB and MERA) that require testing for consequences of every child in grades 3-8 and again in high school.

In an open letter to the Massachusetts Education Commissioner, the institute criticizes the Core Curriculum as lowering Massachusetts’ educational standards:

our research demonstrates that Common core is far less rigorous than the commonwealth’s ongoing standards. It will cut the amount of classic literature, drama, and poetry Massachusetts students read by more than half, and most students would not take Algebra I in eighth grade under the new standards which conflicts with the recommendation of the National Math Advisory Panel.