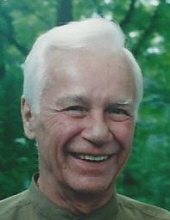 Frank G. Kronoff of Shrewsbury passed away peacefully July 12, 2014, after a brief battle with cancer. He was 87.

Born and raised in Worcester, he was the son of Frank G. and Margaret S. (Ojerholm) Kronoff Sr. Frank lived many years in Northborough, which he considered his home. He is predeceased by his wife Claire (Doane) Kronoff and two daughters, Marcia Hendrix and Diane Kronoff. Frank leaves his daughter Janet Hamilton and her husband Ed of Shrewsbury, with whom he lived; grandchildren, Lisa Suprrier, Karen Bartolomei, Christine Johnson, James Hamilton, Amy Shanahan, and Deana Hamilton; 12 great-grandchildren.

A football standout at Classical H.S. in Worcester and then at Holy Cross, Frank was on the 1946 HC team that played in the Orange Bowl against Miami. After graduating from Holy Cross, and earning a teaching degree from Worcester State he began a career in education.

His real love was coaching football which he did beginning in 1951, as an assistant at Clinton HS and then as head coach at Bartlett, Marlborough and Algonquin Regional high schools. He had undefeated seasons at Bartlett and Marlborough and guided Algonquin to two super bowl games. He was inducted into the Massachusetts H.S. Football Hall of Fame in 1981. His players remember a man who taught character and integrity as much as the game of football and he said, “As with all coaches, to hear about[former players’] lives from time to time as they made their way through the years has always been the only reward necessary for me in very enjoyable profession.”

Frank continued to substitute teach at Algonquin until 2010 and always enjoyed the students. He said few are lucky enough to have had a career doing something they truly love and I was one of the few. Frank was an avid golfer, enjoyed spending time with his children and grandchildren especially down at the Cape and was a loyal Patriots, Red Sox and Bruins fan.

At the family’s request, there are no funeral services. Memorial contributions in Frank’s memory may be made to Purple Promise Foundation, 2218 North Brevard St. P.O. Box 790033 Charlotte, N.C. 28206. Hays Funeral Home of Northborough is assisting the Kronoff family. To share a memory or to leave an online condolence, please visit: www.haysfuneralhome.com