[The “Book Blogs” are my love letter to children’s books. The “guest blogs” were my first foray into My Southborough, back when it was run by Susan.]

Early in my series of book blogs, I reflected on lessons learned (what now seems a lifetime ago) when my daughter was heading into preschool, then Kindergarten.

As the first day of school gets ever closer, I’m rerunning these posts again for parents of kids headed to their big first days.

Getting Ready for kindergarten 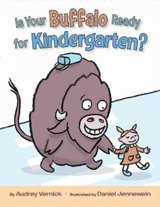 (From original article in 2012): I try to base most of my book recommendations on my families’ experiences. . .

Now, that [my daughter has] graduated from Kindergarten, I’d like to share what I learned last summer.

It felt like a long journey. She started stressing out the year before. She hated the idea of leaving preschool. While she was dead set against it, I mostly avoided the topic. When she finally came around to the idea toward the end of preschool, I found books to reinforce her positive feelings and avoid her regressing.

In the end, she was excited about everything, including her first bus ride, which she gleefully breezed onto. (For the full article, including book choices, click here.) 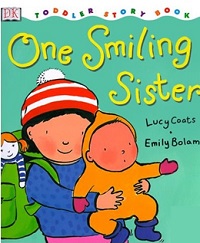 (From original article in 2011): This week, I’m writing about a narrow topic that may concern a few readers this summer, preparing your first child for preschool.

My daughter has just graduated preschool after three wonderful years. As we prepare for kindergarten, I keep remembering how nervous I was about how she would handle preschool. (She never even had a babysitter beyond her grandparents.)

As it turned out, she sailed in the first day and has never looked back.

I don’t know exactly why that worked, but I like to think that my approach of preparing helped. That summer we read several books about preschool and talked about them so she would know what to expect. From that experience, I’d like to share my favorite books on that topic. (Most of these are available at the Southborough Library.)

I like the following books as a starting point because they aren’t about preschool, they are just set there: Danny’s Duck by June Crebbin and One Smiling Sister by Lucy Coats.

Before you think your child is ready to discuss going to school, you can introduce it as something that other children do. (One Smiling Sister is in rhyming verse and has the additional benefit of being a counting book. It shows children going to school, having fun there and then being picked up at the end of the day. (Danny’s Duck* is a cute short story for any animal loving child, and also has opportunities for counting eggs and ducks.

I also like (Jessica by Kevin Henkes. It is a story that is about a girl named Ruthie who starts preschool, bringing along her invisible friend, Jessica. It is apparent to adults that Ruthie is nervous about going to school, but it is never stated. (Although once your child is ready to discuss first day anxiety, you can talk about Ruthie’s behavior and what it means.) Ruthie’s ambivalence is replaced by glee when she makes a real friend. It is a good story to introduce the concept of a first day of school and making new friends.

When you are ready to talk to your child about what to expect when he/she attends preschool, (My First Day at Preschool by Edwina Riddell is a nice book. It reads like non-fiction, explaining basic concepts and common activities.

I think that the value of the next two books depends on your child’s state of mind. I don’t believe in introducing fears that children don’t have. (For instance, I avoided books about fear of the dark for a long time because my daughter wasn’t afraid.) But if as you approach attending preschool your child appears anxious, these are good books on that topic: (Wemberly Worried by Kevin Henkes and (Off to School, Baby Duck by Amy Hest.

If you have qualms about separation anxiety (which I think of as different than the anxiety of a new experience) (The Kissing Hand by Audrey Penn and (Don’t Go* by Jane Breskin Zalben might be for you. My daughter didn’t express separation anxiety. But I worried that seeing some other children crying might instill it. So, l I read Please, Don’t Go to her. It’s a story about a boy (elephant) who doesn’t want his mother to leave him at school. She stays in the room and observes until he has fun playing with other kids, then she leaves. I used the book to explain that some other children in her class might be sad, but they would be all right. If she wanted to, she could offer to play with them to help make them feel better.

Finally, I would like to note that my daughter and I read far more books that summer than are on this list. A few were about school, but most were on a wide range of unrelated topics. I think it’s important to broach the subject but don’t recommend making it the full focus of summer reading. I would worry that making it too big a deal might backfire.

If anyone made it this far in the article, I’d like to wish you luck and hope your family’s preschool experience is as wonderful as mine has been.

*Danny’s Duck and Don’t Go are no longer available at the Southborough Library, but can be requested via interlibrary loan.

[These posts were originally published on the Southborough Library website, and have been reposted here with permission. For more of my book recommendations, click here.]