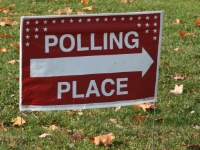 Last night, the newly elected Town Clerk sent out the “unofficial results” from the election.

As I already posted, the big winners were Jim Hegarty, Dan Kolenda, Lisa Braccio, and supporters of the Public Safety Complex project. (Congratulations to all.)

Now here are the details.

Only 23% of Southborough voters showed up to the polls yesterday.

That’s a significant uptick from last year’s 12% when no selectmen were opposed. But it’s still 1% lower than 2014 when five candidates were also running for the board. (I have to admit, I thought the ballot question would draw in some additional voters.)

Of those who turned up, 9% abstained on the ballot question. And many voters opted not to weigh in fully on the selectmen’s race (with 8% blanks vs. 3% on the Town Clerk’s race).**

Here’s how the votes that were cast broke down.*

Board of Selectmen (two seats):

Those of you disappointed that your candidate for selectman didn’t win may get another chance soon. A special election is planned for November 7th to fill the remaining vacancy on the board. Stay tuned for those details.

And those of you concerned that a yes on the ballot question may allow the Town to spend too much – keep in mind that selectmen plan to authorize a building committee. The committee will be charged with overseeing the project to keep costs in check. The Town will be recruiting to fill at least one seat on that. So, again, stay tuned.

Southborough Wicked Local was at the Town House last night when results were announced. For reactions, click here for that article.

This morning, Sam Stivers asked me to share with readers:

I congratulate the winners in yesterday’s election—particularly Lisa Braccio. Lisa ran a great campaign and she obviously connected with the voters. I believe that Lisa will do an excellent job as a member of the Board of Selectmen.

Most seats on the ballot were uncontested. Many were incumbents. But let’s welcome the new additions. (Though, some are familiar from roles on other boards/committees!)

And, to the incumbents who continue to serve our Town, thank you:

**My percentage calculations exclude the blanks. It does include write-ins, but I didn’t list those since they amounted to far less than 1%.

Updated (5/10/17 8:57 am): I had forgotten to mention the upcoming special election and building committee vacancy. And I decided to share the link to SWL with reactions.

** Updated (5/10/17 12:11 pm): Initially, I wrote that 8% of voters opted not to weigh-in on the selectmen’s race. But I wasn’t taking into account the effect of two choices. The range of response could be from 8% of voters fully abstaining on the race to 16% only choosing one candidate.

Congrats to the winners and hoping that Sam and John continue to serve on Advisory.

There were excellent candidates. Those who were unsuccessful should seriously consider running again. Sometimes it takes two or more tries.