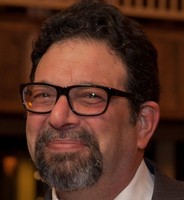 Steve was born in Worcester, Mass. on December 5, 1950, attended Doherty Memorial High School, and graduated from the University of Massachusetts at Amherst. Although majoring in history, Steve found himself interested in financial services and established a successful financial planning business. As a Certified Financial Planner, Steve enjoyed close working relationships with lifelong clients, who he loved to chat with over coffee or a meal.

Steve took great pride in the relationships he built with his clients, but no one was as important to him as his family. In 2010, Steve chose to relocate to Florida to live out his dream of avoiding a shovel during the winter months. However, he decided to return to Massachusetts in his final months to spend more time with his children and grandchildren.

Some of Steve’s favorite pastimes over the years include chatting about financial markets and the news, playing a round of golf or a poker game with his buddies, and holding interest in whatever his children and grandchildren were up to. Steve was likeable and easy to converse with. Even brief acquaintances often remarked on his friendly demeanor and self-deprecating sense of humor. His family will miss him terribly. Steve is survived by his children and their spouses, Stephanie Bensley, and her husband, James; Jackie Woodson, and her husband, Samuel; and Zack Gould and his wife, Kristin, as well as five grandchildren, all of whom loved their fun, noisy “Papa” very much.

A private ceremony will be held with his family. In lieu of flowers, donations are welcomed to the American Cancer Society.

(Obituary and photo via Tighe Hamilton Funeral Home and Legacy.com)