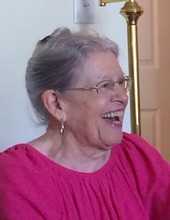 Joan Wright Lindeman, 95, a former junior high school science teacher, a counselor for women in transition and churches in crisis, and a co-founder of the Interfaith Opportunities Network of Western Mass, died Sunday, August 16, 2020, in Westborough.

The longtime resident of Amherst, widow of Rev. Thomas H. Lindeman, was born in Cambridge to Kenneth and Dorothy (Akerley) Wright, and put a priority on helping people through difficult times and issues, a passion that provided the through line to her long career

“Joan will be remembered for her gentleness, quick wit, caring of others. She was soft-spoken but a force of nature when fighting for her beliefs,” wrote Kelley Murphy, the director of resident services at Applewood Retirement Community in Amherst where Joan and her late husband, Tom, lived in retirement

A 1946 graduate of Radcliffe College, an all-women’s school that would later merge into its all-male counterpart Harvard University, her bachelor of science degree landed her a job as an industrial chemist. When her three children arrived, she became a full-time mother, which included taking on leadership duties in Girl Scout roles such as troop leader, administrative trainer and member of the Girl Scout Council Board.

Later she would earn her M.Ed. in consulting and counseling from the University of Massachusetts-Amherst, her studies overlapped with her job as a junior high school teacher of general science and social studies at Amherst Junior High School. While there, she pioneered courses in drug education, teenage self-esteem, and diversity.

She would go on to launch two consulting practices. In Rhode Island, Joan’s private counseling practice conducted workshops on topics of mid-life issues for women, sexuality, and life and career planning.

In addition, for 30 years, she worked as an organization development consultant with churches and other social systems across New England. She served for a time as adjunct faculty at Hartford Seminary and process consultant for the National Consultation on Ecumenical Shared Studies.

In retirement, she served as a convenor of the Interfaith Opportunities Network which she had helped found in 2005. The network, which grew to include numerous faith organizations, worked to increase education, communication, and collaboration between faith communities in the Amherst area.

Joan’s warmth, intelligence and sense of humor were key to her skills in helping bridge difficult divides inside churches and in women’s lives, but they also made her an excellent participant in family games and in serious discussions with children and adults on whatever topics were foremost in their lives at a particular moment.

She never stopped educating herself on the topics that she felt the community needed to be addressing, more than once writing a letter to the editor or passionately recommending a book on a challenging topic to her friends and family.

“She was a brilliant, driven, creative and loving lady”…”and an inspiration to me with how she lived her life,” said two of her granddaughters. Clara Godsell and Gretchen Gutierrez.

Services will be held at a later date pending the future of Covid-19 restrictions. In lieu of flowers, donations may be made to Southern Poverty Law Center, 400 Washington, AL 36104, or First Congregational Church, 165 Main St, Amherst, MA 01002.

To leave words of condolence to the family, please visit www.morrisSouthboroughfuneral.com

[Editor’s Note: Although not mentioned in the obituary from the Funeral Home website, obituaries in local media referred to Joan Lindeman as from Southborough as well as Amherst.]