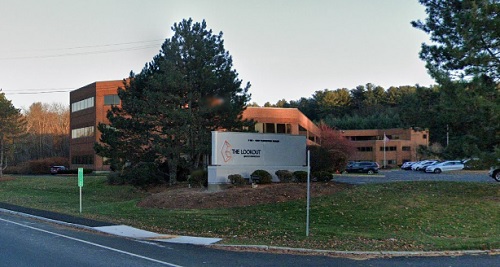 Some recent business deals linked to Southborough have been in the news over the past couple of months. I’m rounding them up. The four major stories link to office space on Route 9 and outside acquisitions of companies/divisions based in town.

In August 2019, the Planning Board approved plans for building a parking garage at 118-120 Turnpike Road. A year later, the owners sold the property, and for quite a bit less than the Town’s most recent appraisal:

Ferris bought 118 and 120 Turnpike Road, which make up a site rebranded in the past year as The Lookout @ Southborough, for its location across from the Sudbury Reservoir. . .

The site, which spans more than 20 acres, includes more than 155,000 square feet of office space between two three-story buildings constructed in the 1980s. It was last assessed by the Town of Southborough at more than $16 million. (read more)

It’s worth noting that while the company doing the investing isn’t based in Southborough, its CEO (David Ferris) is.

This month, the first major new tenant was announced for the above mentioned offices. The article also describes a major renovation being taken on by the new owner:

An insurance, employee benefits and human resources solutions firm will consolidate area offices into a new 20,000-square-foot space being renovated in Southborough.

The Hilb Group of New England said Tuesday it is planning to move into 120 Turnpike Road, part of the rebranded The Lookout @ Southborough, by the start of next year. The new office will include 65 employees from five area agencies under the Hilb Group’s ownership umbrella. . .

Ferris is now taking on a $1.5-million overhaul of one of the site’s two buildings with a new exterior, lobby, common areas, coffee bar, cafeteria and rooftop deck. (read more)

Southborough based businesses/divisions being acquired

Honeywell’s parent company, Kaz, relocated its Southborough office to Marlborough in 2014. This week, the WBJ reported that the company is now acquiring a Southborough based team from another company, Ballard. Terms were still in development:

The deal transfers Ballard Unmanned Systems, a subsidiary of Ballard, and all of its assets and employees to Honeywell, according to releases from the two companies. . .

The agreement marks an upcoming collaboration on fuel cell technology, although the Ballard release indicates those agreements are still being worked on while the Honeywell release says the deal involves Ballard’s team of fuel-cell experts joining the company as part of the acquisition. (read more)

Baring Private Equity Asia (“BPEA”), one of the largest and most established private alternative investment firms in Asia, and Virtusa Corporation. . . a global provider of digital strategy, digital engineering, and IT services and solutions that help clients change and disrupt markets through innovation engineering, today announced the companies have entered into a definitive merger agreement under which funds affiliated with BPEA will acquire all outstanding shares of common stock of Virtusa for $51.35 per share in an all-cash transaction valued at approximately $2.0 billion.

The price per share to be paid in the transaction, which was unanimously approved by the Virtusa Board of Directors, represents a premium of approximately 27 percent to the closing price of Virtusa common stock on September 9, 2020, the last trading day prior to the transaction announcement (read more)

That’s not the only news Virtusa has been touting. The company also promoted that it was named a visionary in the “Magic Quadrant” for services for communications service providers worldwide. It was also named a leader in digital process automation by an independent research firm. And most recently, it promoted the unveiling of an intelligent marketplace for Communications Service Providers to innovate faster and build solutions that leverage its intellectual property.

No relation to either company but I don’t believe its correct that Kaz is Honeywell (NYSE:HON)’s parent company. Kaz has a licensing deal for the brand name on some humidifiers etc under the Honeywell marketing name but is actually owned by Helen of Troy (NASDAQ:HELE)