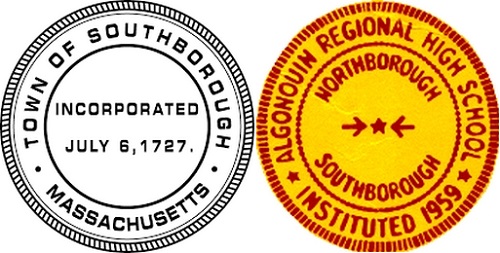 The deadline for candidates to withdraw from the Town election ballot passed last Friday. So, it’s past time for an update.

Last week, selectmen approved the Warrant for the Southborough’s Town Election to be held Tuesday, May 11th at Trottier Middle School from 6:30 am – 8:00 pm.

Since I last posted about the election, I learned of a second race on the ballot. That race is between Northborough residents, but Southborough voters get to weigh in.

Mariam Ibrahimi is throwing her hat in the ring. Ibrahimi just graduated from Algonquin in 2019. She is the Vice Chair of the Northborough Diversity and Inclusion Committee. She is running against two current members on the committee. (You can view her press release here.)

Kathleen Howland, a professor at Berklee College and the Boston Conservatory, was elected in 2018. (You can learn more about her through her 2018 campaign announcement with links here.)

Karen Ares was appointed to fill a vacant seat last June. She is Executive Administrator at Blackstone Valley Education Hub. Her experience includes administrative roles at Dudley Charlton Regional and teaching science at Auburn High. (You can view her application for last summer’s vacancy from the June 2020 meeting packet here.)

Technically, the two seats are just on the committee that makes decisions related to Algonquin Regional High School. But the committee frequently also meets with Northborough’s and Southborough’s K-8 committees throughout the year. The combined committees discuss or vote on issues where the administration is looking for a consensus approach across all three districts. and serve as the Superintendent’s manager.

Each seat comes with a three year term.

Neither Andrew Dennington or Michael Weishan have withdrawn from the ballot. Both will vie for one seat on the Board of Selectmen. Expect more coverage on that in the future. (You can read my past coverage here.)

Speaking of the BOS, one member of that board is worth noting for her candidacy for another position. Selectman Chelsea Malinowski is running uncontested for a seat on the Board of Health.* The seat is currently occupied by Dan O’Rourke who is not running for re-election.

There are no other races in Southborough. You can view the list of names that will appear on our ballot here.

*[Editor’s Note: Although it ended up being correct, I jumped the gun on the morning of March 23rd by stating that there was only one candidate for the BOH seat. The filing deadline was that evening and at that point there were two candidates who had pulled papers. As I had previously shared Mark Pietrewicz pulled papers on March 10th for BOH. On the weekend of March 20-21st, Malinowski pulled and filed papers. Ultimately, Pietrewicz is listed as not having collected enough signatures by the filing deadline of 5:00 pm on the 23rd.]