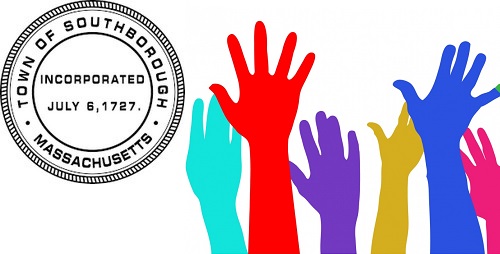 The ad hoc Capital Planning Committee is being reconstituted as a standing committee. The Town is advertising for new volunteers.

Meanwhile there are other vacancies or new seats that still need filling.

The newly named Capital Improvement and Planning Committee was approved by Town Meeting and recently certified by the Attorney General’s office.

(From my perspective, I’m thrilled that it’s been named CIPC!*)

Now the Select Board will be looking to seat the seven at-large members. It’s likely that most of those will be volunteers simply moving over from the ad hoc committee. But there is already one vacancy, and potentially more.

The call for volunteers pitches:

The committee joins a list of other committees below with vacancies to fill.

As I’ve recently shared, the Town is looking to form a new committee, updated the charge to add new members to another, and some organizations lost members this summer.

Below I included links to where you can find more information on the committees. Most are to the Town website, but some are to posts I wrote specifically about those committees’ volunteer searches in the past couple of years.

The following committees appear to have the greatest need due to multiple vacancies or other issues:

The following each show only one vacancy or less urgent need:

To apply for any of the positions, use the Citizen Activity Form here.

For the Advisory vacancy, I reached out to Town Administrator Paul Cimino to ask if he was seeking to fill the seat. He responded that he is always open to speaking with candidates for Advisory (or any of the other Boards that he appoints).

As you might imagine regarding Advisory in particular, it is preferable that candidates have prior experience with municipal finance, financial planning and/or budgeting, as well as knowledge of our Town structure/governance.

If you would like to reach out to him about the position, you can email moderator@southboroughma.com.

*(Although it’s gotten better over time, there were numerous instances after the Capital Planning Committee was formed where other committees appeared to refer to it in discussions, minutes, and/or agendas as CPC – which has long stood for the pre-existing Community Preservation Commission.)

Updated (9/20/22 5:24 pm): Despite being listed as a vacancy on the Town website, according to Paul Cimino the Personnel Board seat was recently filled. I removed it from the list – and it’s prompting me to check the membership roster under other committees to see if there are other inaccurately listed vacancies. If I see any more, I’ll update this post again.

**Updated (9/23/22 8:03 am): In the comments, a member of the Golf Committee informed me that their committee is all set. That indicates that the Town hasn’t kept up with updating at least one of the committees when new appointments were made. In the same September 14th meeting, the Board also appointed more volunteers to SCAC, Stewardship, and  the Youth Commission that aren’t reflected on their pages. I also discovered that a member who has been serving on Conservation for months isn’t listed on their page. I updated the lists above accordingly.

(image of hand from public domain image by Karen Arnold)

The Select Board appointed two additional members to the Golf Course Committee earlier this month, bringing that committee up to full participation at 5 appointed members. Regards,
Ira Schild

Thank you for the update. It appears the Town hasn’t updated the website to reflect that. Currently, it only lists you and two other members.