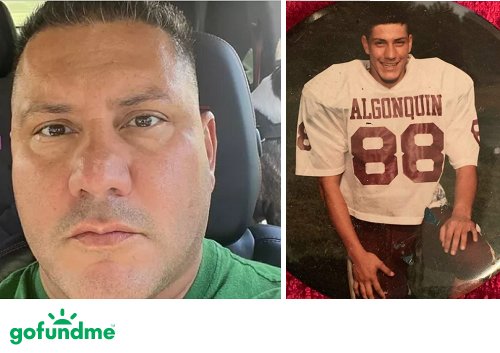 The organizer of a fundraiser for a Southborough native has reached out to our community to ask for help. I’m told that Matt Bent lost everything in Hurricane Ian.

As most readers should be aware, the hurricane’s impact on Fort Meyers, FL was devastating. Bent’s friend, Class of ’92’s Rebecca Beauregard, has kept in touch over the years. She learned about his plight and organized a GoFundMe page to help him “rebuild”. It states:

Class of 1993 Algonquin alumni Matt Bent resides and has a business in Ft. Myers Beach, FL. He moved to Florida less than a year ago to escape the New England winters. Matt never imagined he and his dogs would endure the brunt of a catastrophic category 4 hurricane. Matt has faced immeasurable damages to his home, business, and car – he has lost everything. Not only did he lose physical belongings, but the trauma of having to retreat up to the rafters of his business to escape rising flood waters is also unimaginable. Today – September 29th – is his birthday, and what better way to show our support than to donate to help Matt rebuild. Let our fantastic community come together to help Matt get back on his feet.

I reached out to Beauregard to learn more. She explained that the area where Bent lives had been under evacuation orders. So he (and his dogs) camped out at his shop. On Wednesday afternoon, he posted to friends through Facebook asking for prayers as they and others retreated to the rafters due to rising flood waters. He told her that he watched his car get washed away and at that point the flood waters were as high as the ceiling. The next day, friends learned that he had been successfully rescued, but had lost everything.

I’m sharing it for people who know them and would like to help, although I can’t personally verify the accuracy of the information. (Anyone who is worried about potential scams can read about GoFundMe’s Giving Guarantee.)

(images contributed and from GoFundMe page)