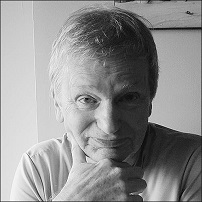 Loving husband of Patricia Henderson, survived by daughter, Amy Durkee; and son-in-law, Richard A Durkee, III of Groveland, MA; grandchildren are Connor and Dylan Durkee. Also survived by sisters, Lorraine Clifford and Diane Messina; their families, and many nieces and nephews.

Robert “Bobby” Henderson was a drummer with the local 1960s band The Rockin’ Ramrods, and had a long career as a recording engineer at Longview Farm Recording Studio in North Brookfield, MA, and was also employed by Bose Corporation. He was well respected and beloved by many friends and colleagues in the music industry.

Services and Burial are private. Donations in his memory may be made to the American Cancer Society.

(Photo and Obituary via Legacy.com and the Boston Globe)