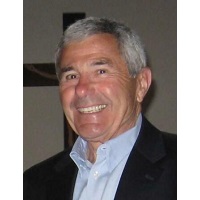 Ronald D. Ott, 86, of Southborough, MA, passed away on November 24, 2022, surrounded by his wife and four children. He was the son of the late Noah and Gertrude (Shannahan) Ott. Predeceased by his brother Robert Ott and his sister Barbara Pettinari.

Ron is survived by his loving wife, Patricia, to whom he was married for 61 years, and the father of Craig Ott and his wife Tammy of Ayer, Denise Chatalian and her husband David of Marlborough, Darin Ott and his wife Michelle of Fairfax, VA, and Jennifer Burns and her husband Michael of Southborough. He was a devoted father and “Grandpa” to eleven grandchildren and three great-grandchildren.

He was born in Columbia, MO, and at a young age, he moved to Richmond, CA where he grew up. After graduating high school, he played professional baseball for the St. Louis Cardinals organization. He was a proud veteran of the U.S. Army. After his service, he married Pat and they settled in Marlborough, MA where they raised their four children. Ron worked as an automotive manufacturers’ representative for over fifty years. In 2004, Ron and Pat moved to Southborough, MA.

Family was the most important aspect of Ron’s life. His values were passed along to his children and grandchildren where they looked up to him with great admiration. Some of Ron’s greatest joys included attending his grandchildren’s sporting events and sharing special milestones with them. Ron enjoyed traveling and spending time at their second home in Cape Cod. He was an avid golfer, sports enthusiast, and dedicated coach. He also enjoyed listening to outlaw country music and reading.

Ron was affectionately known by his family and friends as “Tony.” Everyone who knew him, knew he was an extremely kind, loving, and faithful person. His personality was warm, and his energy was magnetic. He left a lasting impression on everyone with whom he crossed paths with. To know him was to love him.

Family and friends will honor and remember Ron’s life by celebrating his Funeral Mass on Thursday, December 1, 2022, at Saint Matthew’s Parish, 105 Southville Road Southborough, MA, at 10:30AM. Visiting hours will be held on Wednesday, November 30, 2022, from 4:00 – 6:00PM at Slattery Funeral Home, Inc., 40 Pleasant Street Marlboro, MA.

In lieu of flowers, memorial contributions may be made in Ron’s honor to the American Kidney Fund, 11921 Rockville Pike Suite 300, Rockville, MD 20852 or a charity of your choice.