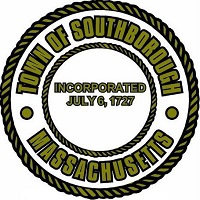 Updated (1/5/23 2:11 pm): Shortly after I posted the story below, and referred to an indefinite postponement, the Town posted a revised agenda for the Friday morning Select Board meeting. The new agenda moved the time to 9:15 am and added the Finalist interviews.

I hadn’t believed that would be possible under Open Meeting Law, since it is less than 48 hours notice. However, given that the original agenda for Friday morning was for a potential vote to appoint one of the two finalists, officials must have determined that the revision was within the bounds of the prior public notice. This afternoon, the Town also added the candidates’ resumes. You can find those here.

Last night, the Select Board was scheduled to interview two finalists for Department of Public Works Superintendent and potentially vote on an appointment. Instead the meeting was postponed.

As long as I’m sharing that news, I have more details on the candidates and recent public discussion related to the hiring process and the outgoing Superintendent.

Finalists for the Job

The finalists listed to be interviewed last night were Meghan Condon and Phil McNulty. [Editor’s Note: I wrote the following prior to the Town posting the resumes here.]

No resumes were posted, but I did find information on DPW professionals in the state with those names.

On LinkedIn, a Meghan Condon of Ashland is listed as having worked as an Engineer for Wellesley’s DPW since 2006. For the past 10 years, she has held the title of Systems Engineer. On the department’s website, her title is listed as Water and Sewer Assistant Superintendent. (Worth noting, it appears the town is currently seeking to hire a new Water & Sewer Superintendent.) She graduated from Merrimack College with a B.S. in Civil Engineering.

The Town of Stoughton lists Phil McNulty as their Water/Sewer Superintendent. According to the Falmouth Enterprise, McNulty has been in that job at least 7 years and another three in Norfolk. The article also referred to him as having served as an Asst Superintendent in Stoughton.

As for why he was covered in that paper, it was in September 2020 when he was hired by the Falmouth Select Board to become their Water Superintendent. It appears he never ended up taking the gig. (In December of 2020, they voted to hire another candidates. In that meeting, they referred to a long search, but made no reference to the prior vote.)

According to a statement by Chair Kathy Cook, the Board decided to reschedule both interviews last night after one of the candidates had “an unexpected personal problem”.

In public discussions, Town Administrator Mark Purple hoped that he would be able present the Board with at least three finalists.

In the fall, after receiving outgoing Superintendent Karen Galligan’s 60 day notice, the Select Board voted on a process to quickly recruit a new DPW head. Rather than spending on a recruiter, the Town would rely on the Town Administrator’s office and an interview panel to vet candidates and recommend finalists for the Board to interview.

In a comment at the Select Board’s regular Tuesday night meeting this week, a member of the Planning Board criticized the Select Board for not including the Town Planner as one of those panelists. Marnie Hoolahan told them she feared the process was flawed and not in the best interest of the Town.

Hoolahan stressed that the DPW head and Planning Board need to work in strong partnership. She pointed to management of scenic roads’ stonewalls and trees as an example of how the relationship “failed” under the former DPW head. She then argued the merits of including Planner Karina Quinn in the process.

The Planning member highlighted Quinn’s expertise as a Civil Engineer, understanding of some of the DPW Superintendent’s requirements and responsibilities, purported reputation for being fair minded, and “vast network across the state for conducting diligence and insight gathering”. She urged the Select Board to postpone their decision until Quinn was given the opportunity to speak to the candidates.

The statement was made during public comment and nothing on the agenda alluded to the topic – so the Board chose not to make any response.

Defense of the Outgoing Superintendent

Hoolahan isn’t the only one to have made public statements in recent months that was critical of Galligan’s performance or the Board’s oversight of her. At the Select Board’s prior meeting on December 20th, Cook spoke out against some of the recent criticism.

The Select Board Chair read aloud a long personal statement defending the actions of outgoing DPW Superintendent Karen Galligan (as well as the Select Board) related to the controversial St. Mark’s Street and Park. She referred to recent attacks against Galligan made through emails and postings on this blog as “cruel”.

Cook made the statement as part of a discussion on next steps for the project. Cook said that both the Board and Galligan had admitted to past mistakes. She refuted accusations that there was any corruption in the park project or that decisions had been made to benefit St. Mark’s School over the Town residents. Cook highlighted the complicated job, Galligan’s good reputation among staff in a male dominant field, and her ongoing efforts to work with other departments and keep her budget increases low. She told the public that the Board “sincerely wishes Karen well”. (You can view that here.)